Skip to content
You are here
Home > TechEntice Byte > Cyborg Bacteria- More Efficient Than Plants in Photosynthesis, A great source of Green Fuels

Cyborg Bacteria has stunned the world by proving to be more efficient in photosynthesis compared to plants. The experiment was performed in UC Berkley Laboratory where the bacteria were covered with semiconductor nanocrystals. The bacteria grew in the nanocrystals and capture enormous energy. We know that plants capture carbon dioxide and convert them to oxygen by the process of photosynthesis. This process, though essential for sustaining life on earth, is not very efficient. On the contrary, the cyborg bacteria which had learnt to cover their bodies with nanocrystals use carbon dioxide to produce acetic acid which can further produce fuel and energy, Scientists are amazed to find that the efficiency of energy production of cyborg bacteria is 80% whereas that of plants is 2%. This artificial photosynthesis can open new dimensions for green renewable energy. 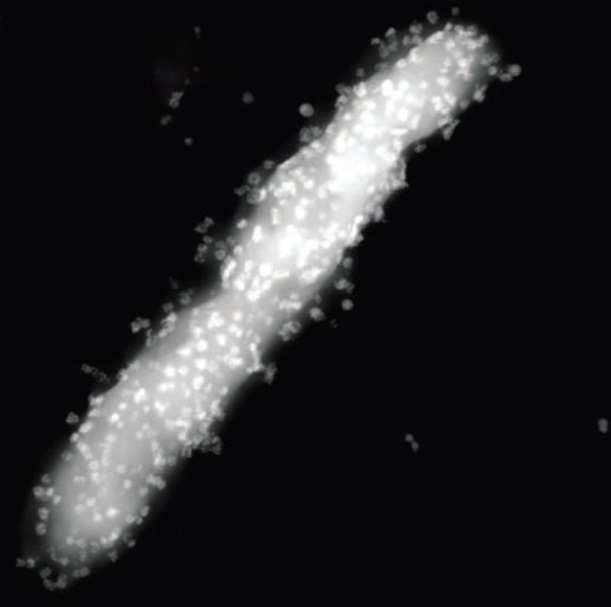 The study results were presented at the 54th National Meeting & Exposition of the American Chemical Society. The bacteria that were taken for study are simple Moorella thermoacetica. As mentioned earlier, these bacteria can trap carbon dioxide and produce acetic acid using sunlight. To aggravate the efficiency of the bacteria, the bacteria were fed cadmium and a compound called cystine. The nanoparticles acted like solar panels. The hybrid bacteria thus produced acetic acid from carbon dioxide as well as water. The best thing about this process is that it was a zero waste process.

The bacteria have been termed as solar panel bugs. In natural photosynthesis, chlorophyll plays the role of solar panels. In this case, the nanocrystals act like solar panes. “It’s shamefully simple, we’ve harnessed a natural ability of these bacteria that had never been looked at through this lens,” said Dr Kelsey Sakimoto from Harvard University in Massachusetts, US. He also added, “We grow them and we introduce a small amount of cadmium, and naturally they produce cadmium sulfide crystals which then agglomerate on the outsides of their bodies.”

The study is still carried out as research topic only. Scientists have not yet found out a commercial way to utilize the bacteria in producing green renewable energy. Since, the bacteria have humongous potential, scientists are looking forward to it as a future trailblazer. We are hopeful that one day our cyborg bacteria may unleash new ways of energy creation and reduce the burden from fossil fuels.