Skip to content
You are here
Home > iOS > How To Fix Photos Not Appearing In Camera Roll In iOS?

Since the inception of iOS 8.1, many users have been facing this typical problem with the Camera Roll of iPhones where the photos captured instantly using Camera are showing up at the Thumbnails but not at the Photos App. This means even if your photos have been captured, they will not appear in the Photos App or even let you share photos from Photos app. The problem has been faced by a handful number of users only and hence no fix has been pushed by Apple. The exact cause of the problem is not yet known but with some simple steps, you can bypass the problems. Check out the steps below: 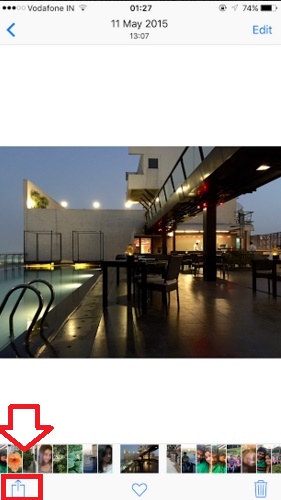 1. Restart your iPhone.
2. Next, open the Camera app and take any photo.
3. FCheck out the thumbnail of the recently captured photo.
4. Now tap on the Share icon and send the photo to any o your Contacts via iMessages.
5. Again restart your phone and your issue will be solved.