A group of scientists in China has been working on developing sperm cells in laboratory from embryonic stem cells. The scientists from several Universities of reproductive medicine and stem cell science, found out a systematic method by which sperm like cells could be developed. The sperm like cells developed in laboratory had the exactly same functionality but the cells thus produced are without tails. This one shortcoming has kept them away from swimming towards an ovum. 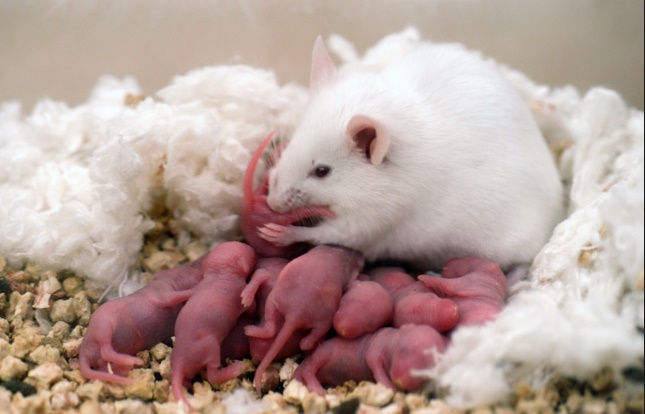 In vitro generation of functional gametes is a promising approach for treating infertility, although faithful replication of meiosis has proven to be a substantial obstacle to deriving haploid gamete cells in culture. Here we report complete in vitro meiosis from embryonic stem cell (ESC)-derived primordial germ cells (PGCLCs). Co-culture of PGCLCs with neonatal testicular somatic cells and sequential exposure to morphogens and sex hormones reproduced key hallmarks of meiosis, including erasure of genetic imprinting, chromosomal synapsis and recombination, and correct nuclear DNA and chromosomal content in the resulting haploid cells. Intracytoplasmic injection of the resulting spermatid-like cells into oocytes produced viable and fertile offspring, showing that this robust stepwise approach can functionally recapitulate male gametogenesis in vitro. These findings provide a platform for investigating meiotic mechanisms and the potential generation of human haploid spermatids in vitro.

The test and the experiment was carried on mice embryonic stem cells. The stem cells differentiate into two types for cells, out of which one is the sperm cells. The manual process of creating sperm cells from stem cells is not an easy task. An environment was created inside the laboratory that was similar to the environment of that inside a mouse’s testes. The stem cells were then chemically treated with chemicals, testicular cells and hormones that gave rise to what the scientists call “spermatid-like cells”. The spermatid-like cells has functional resemblance to that of a sperm cell but they do not have tails. Hence they do not have the capability of swimming like a normal sperm cell. these spermatid-like cells had to be injected to an ova of the surrogate mouse mothers. They gave birth to healthy fertile baby mice. These tests were successful on mice. Researchers are now planning to extend the syudy on other animals as well.

If successful, this study may find a perfect solution to infertility in men. Check out the entire paper from sciencedirect.com

How To Build Self Reliance And Self Confidence In Your Child?

Food for Thought: Do You Need an AdBlocker?

Why successful companies use VPS hosting?

Business Ideas for Both Side Hustles and Full-Time