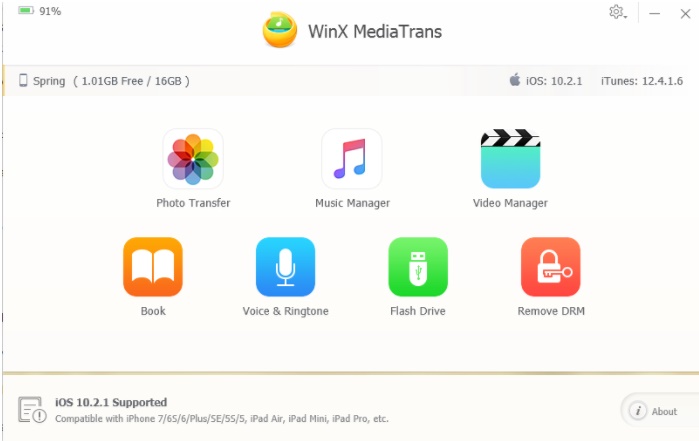 WinX MediaTrans: the Best Alternative to iTunes When You Manage iPhone on Windows

It is not rare to hear educators say that their choices are limited. While reasons for that might range greatly, from limited funds to limited knowledge of tools on the market, there’s always another option. In the same fashion, the question of a good alternative to Turnitin has become crucial in the recent years.

Teachers all over the world are looking for another option to check student papers for plagiarism and can sometimes overlook smaller and more agile checkers, and end up without any change it all. For that reason, today’s review is dedicated to Unicheck.

Unicheck is a plagiarism checker that makes a great alternative to Turnitin, and has many merits to support that claim. Read on to see how a smaller and younger Unicheck challenges a market mammoth and beats it.

Throughout Turnitin’s long history, educators have been taking it to the test. One such research conducted in 2007-2009 by Susan E. Schorn, a writing coordinator at the University of Texas at Austin showed that Turnitin determined only 8 out of 23 plagiarized sources, while also turning up false positives.

More recent studies in 2013 in German university HTW Berlin, researchers have come to the similar conclusions of low accuracy and false positives, and have concluded that there were “no significant improvements” in the technology.

Unicheck has been around since 2014, but being the younger technology usually means it is more advanced. Unicheck claims the technology to be as precise in the similarity search as 4 word sequence. To avoid marking commonly used phrases as similarity, the tool is careful to provide customization for checking, where minimal number of words or percent can be set globally.

One more assurance to accuracy of the checks that Unicheck gives is its use of live web index in searches. It means that the pages which have not yet been cached by search engines can and will be scanned for similarities. Basically, Unicheck gives more up-to-date results, without broken links or outdated webpages.

For Turnitin, security and privacy has been and still are the cause of great controversy, measuring on the border of copyright violations. In truth, the matter of storing students’ papers is Turnitin’s biggest strength and weakness. Their appeal is built on their enormous database against which they run the checks, yet at the same time it means that Turnitin stores each and every paper it receives for checking. Many teachers are voicing the concern if this should be the case at all.

In this regard Unicheck makes a great alternative to Turnitin, as it does not store or copy any papers submitted to it. Unicheck gives the choice to the academic community to decide for themselves if they would like to contribute the papers to Unicheck’s database or not.

In 2014 Times Higher Education posted an article about the Turnitin’s impressively high rates. Turnitin’s license for Cranfield University located in UK was stated at £25,000 a year, or $39,135, according to November 2014 exchange rate. With 4600 students enrolled that year, it translated into more than $8 per student per year.

This is where Unicheck beats Turnitin again, especially for those who are seeking a low-budget solution. Unicheck has recently released new pricing model for the k-12 and higher ed institutions, causing a commotion among educators.

Unicheck’s essential features became absolutely free for a number of countries, including US, UK, Australia, Canada, Ireland, New Zealand and others. They also claim they have significantly reduced prices for other pricing plans and countries.

Both systems provide a similarity report, with color highlights that mark the text. Both can recognize citations and references in the text and exclude them from the similarity search. The systems also support different text file formats.

Turnitin is integrated in many LMS and is used as default option. Unicheck has built integrations with most of LMS as well, and is able to make custom integrations to any system on request. This is possible because of Unicheck’s in-house team of engineers and developers.

Unicheck is also renowned for their constant communication with customers which often result in updates and new features added on teachers’ requests. Teachers and admins working with Unicheck in LMS attest to attentiveness and speed of Unicheck’s support team.

Client support is one of the weaker points of Turnitin, as it is slow and not responsive. Due to their size, they are unable to make any adjustments, and customers sometimes have to wait weeks to get their issues acknowledged.

Student side of the issue

Students are directly affected by plagiarism checkers and are partially dependent on them for their academic well-being. As Turnitin doesn’t have a perfect track record, it is easy to imagine why students may not be entirely comfortable with using the tool.

As the universities continue to struggle with plagiarism and look for alternatives to Turnitin, Unicheck has positioned itself as the tool with “karmic philosophy”. Not only it is setting the goal of spreading academic integrity, but it also wants to empower students in matters of plagiarism prevention. For that, they are allowing students to use Unicheck independently as a stand-alone tool.

In conclusion, it is safe to say that in their search for alternative to Turnitin, educators should look to Unicheck as the tool that can make struggling with both plagiarism and plagiarism detection tools much less painful and certainly less costly. 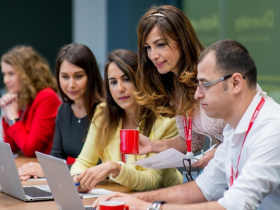 How to Build Your Personal Brand on Social Media