The gaming community is often heard speaking about how tough games have been. However, today, you have the option to choose your levels. If you want your game to be tough, you pick out the “Hard” level for it. This way, you play the real challenge. Find the toughest games out there in this article.

Dark Souls is one of the most notorious games. It has earned this adjective to its name for being the most punishing games in today’s world. The punishments and the rewards go neck to neck. It’s all because of the continuous challenges for the players surrounded by enemies at every corner. It is a different approach to how to play action games. Also, the movement is quite sluggish and deliberate in Dark Souls.

Ninja Gaiden is the 3D version of the existing, already difficult game 1988 2D platformer. It is about beastly fast-paced action against the enemies out there. Defeating enemies is quite a task. The same involves precise attacks as well as blocking and parrying. You need to be a pro. The game also has an extremely difficult boss fight that might make the bosses of Dark Souls appear lame.

The creator of the game, Tomonobu Itagaki, once mentioned that when the testers complained about the difficulty, he made the game rather more difficult.

Arcade games are designed to be difficult. It is done with the intention of drawing a splash of money with the time spent on the machine. Contra having its origin as an arcade is where to have the role of a simple Rambo-esque soldier. You are there against the enemies and formidable bosses, as well as deadly pitfalls and a ticking timer. And to top it all, you have limited lives. Yes, you got three lives and with a single hit from the enemies, you are killed.

Mega Man 9 was released after a decade of the former Mega Man 8. It is one of the toughest in the classics. The game plays do not have any sliding mechanic or charge shots. The robot dog companion of Mega Man, Rush comes to help when the games fall into tricky situations. Additionally, there are other traps such as bottomless pits and lethal spikes. A skillful person has to play it off as a challenge.

The game is about a little rectangular spaceship that is to be piloted by the gamer. The aim is to avoid obstacles and pass through various colored gates to reach the goal at the end. The complexity here is that you have to match the colors with the gates to be able to pass through. You have to use the arrows to change the colors as per the gates. Each arrow has a different color. If the player, crashes into a wall or passes with the wrong color, the game has to have restarted.

This game is of the ‘masocore’ (a portmanteau of “masochism” and “hardcore”) genre. 1001 Spikes is a trial and error gameplay with complex mechanics that grows to a difficult intensity at stances. Such games are designed to frustrate gamers. Dying is a part of the game. With even 1001 lives to complete 100 plus levels, you die now and then in the game. This is all due to surprise traps.

Dota 2 might be a little surprising to be on the list, but there are strings to it. It takes a lot of practice and understanding of the complex mechanics and strategies available to the player. The key component of the game is about micromanaging your game character, coordinating with teammates, and working against your opponents. You have to be on your toes for all the challenges.

Zelda II: The Adventure of Link

The whole is difficult because of the limited and short-range attack. Adding to it there the terrible translations in the walk-through due to the game’s obtuse puzzles that make it impossible to complete the game.

You can even face critical enemies at the very beginning of the game.

This was initially released in Japan, but owing to its difficulty for the western world, it was never released there. You can go ahead if you are skillful in Super Mario Bros already. The difficulty level is high since the first level itself. You certainly need some skills to go ahead in this game.

Throughout the game about Ghosts and Goblins enemies attack at you from anywhere. With only two hits you are forced to start again. Also, the life span is also of a limit that means for each level there is a time limit. If the clock runs out, you lose it. To defeat the boss you need a specific weapon. You have to collect it during the game, without which you have a restart.

This is all that you have. Fun and adventure together, make a great game. This list will help you find the challenge you want to face. Keep going and improving your gaming skills with each of the difficult games. 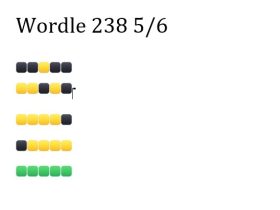