Over the last decade the U.S. government has enacted a number of rules designed to reduce smog and air pollution in cities and towns. Many of the regulations focus on two culprits: nitrogen oxide (NOx) and particulate matter (PM) like tiny chemical, metal, soil and dust particles. The most stringent of these rules, called Tier 4 emission standards, which are already applied for locomotives on January 1, 2015. They are expected to slash particulates by 70 percent and NOx by 76 percent from the current Tier 3 emission levels for every new engine in US.

The Tier 4 standards, which were announced a decade back in 2004, put industry engineers in a tight spot. One of the easiest ways out involved adding a large filter and a 4,000-pound catalytic converter, as heavy as a passenger car, on top of the engine. But the converter hampers access to the engine and adds extra maintenance which brings big drawback to this solution. In addition, Railroads would also have to invest an estimated $1.5 billion in urea distribution infrastructure. 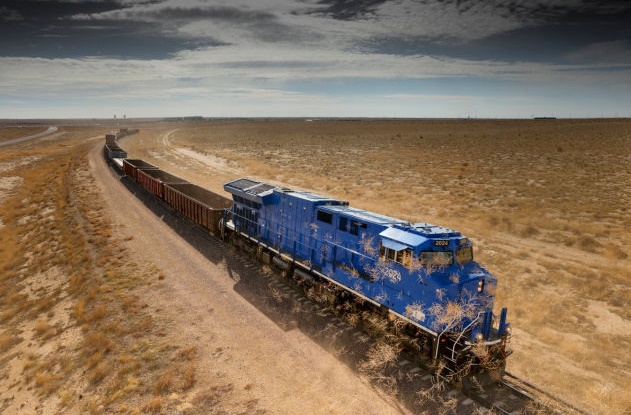 Since 2005, GE has invested almost $600 million in the development of a Tier 4 locomotive that eliminates the need for any NOx and PM exhaust and similar technology. Also to mention GE Transportation Engineers hard work and GE Global Research time spent several years in the lab, building and experimenting with a new engine design.
After years of dedication and hard work GE has come up with new Evolution Series Tier 4 locomotive. General Electric’s development team recently completed a year of field-testing for this new Evolution Series Tier 4 locomotive and has revealed stunning photos of its tests. Some of the tests took place at the Federal Railroad Administration’s high-altitude testing circuit near Pueblo, Colorado at an elevation of 5,000 feet which are traditionally the most difficult North American operating environments. 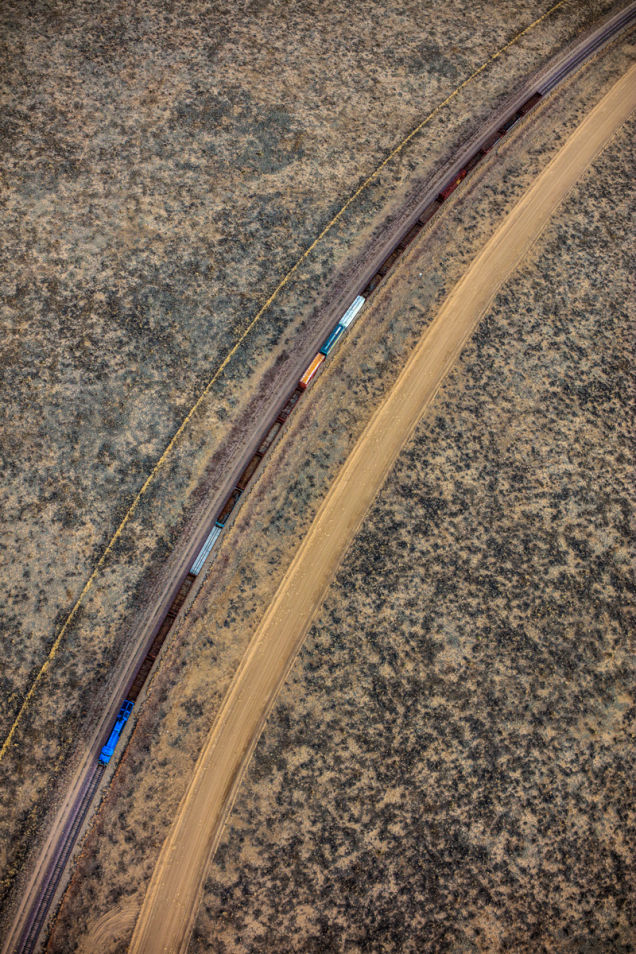 They’ve taken the engine through the Big Hole, the 6-mile-long Moffat tunnel near Denver, which burrows under the Continental Divide, and other famously taxing places. The tests include high-speed, long distance, heavy haul and other conditions, while NOx, particulate matter, hydrocarbons emissions, carbon monoxide, horsepower, traction and other performance benchmarks are being measured. Since the locomotive can be connected to the Industrial Internet, they also test its software. The new engine was dragged over 20 miles long including a loop suitable for speeds up to 70 miles-per-hour by GE engineers. 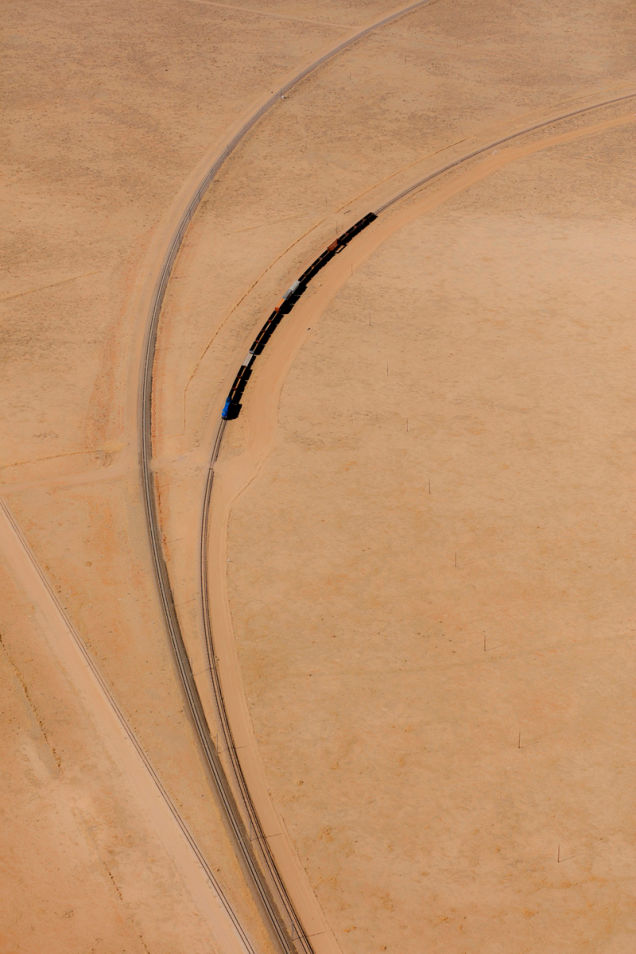 GE claim that its new engine which is the first mainline locomotive to meet the U.S. Environmental Protection Agency’s (EPA) stringent “Tier 4” emission standards, which call for the single-largest emission reduction in the rail sector’s history in US. This new engine is expected to cut particulate matter (PM) emissions by 70 percent and nitrogen oxide (NOx) emissions by 76 percent, compared to GE’s current Tier 3 machines. The new locomotive will meet this standard without the use of after treatment. 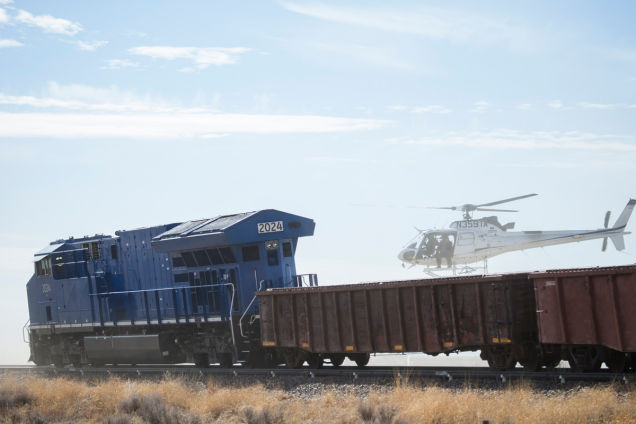 “The site has over 20 miles of dedicated tracks and we can run loops all day long at up to 70 miles-per-hour. We can do some unique things and simulate high-speed, heavy haul and other conditions. When you get to higher altitude, you have less oxygen and more particulate matter. But these new locomotives use software that can automatically adjust the mix and maintain low emissions.”
– Michael Anderson, Tier 4 locomotive developer 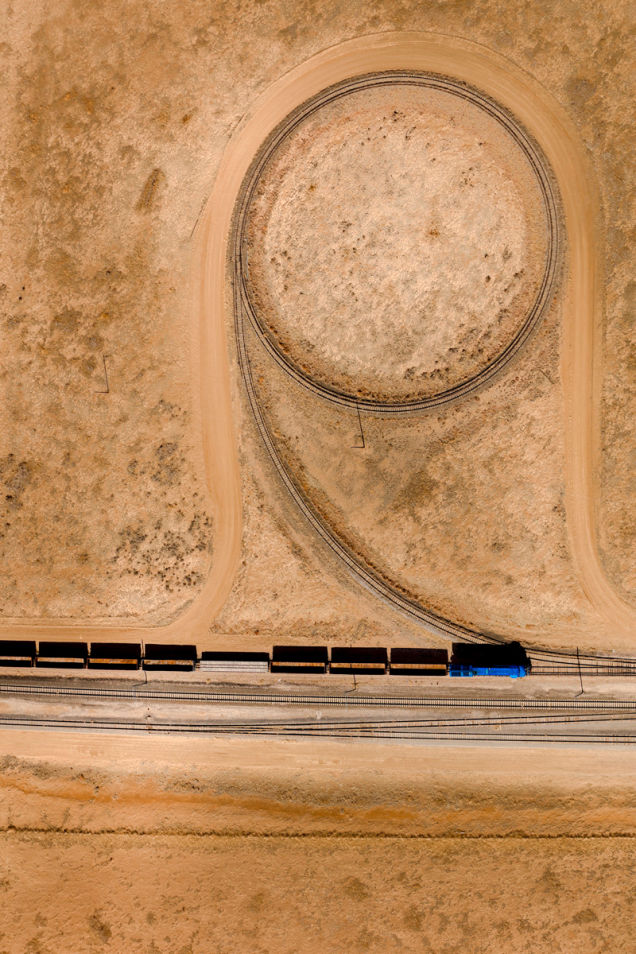