Glassdoor published the list of 50 top CEOs and interestingly this year LinkedIn CEO Jeff Weiner has bagged the numero uno position beating Mark Zuckerberg of Facebook. Last year Mark Zuckerberg topped the list beating Apple CEO Tim Cook. How gamw changed this year? ” We find on Glassdoor that a strong leader is often one who has the ability to clearly communicate the vision for the company and who helps employees see how their work connects to the big picture,” said Robert Hohman, Glassdoor CEO and co-founder. “In addition, top rated CEOs are commonly seen as relatable, accessible and transparent.”

Only 26 of last year’s top 50 have managed to stay in the list this year also. Glassdoor made the list based on real time surveys and company reviews. Reviews are submitted by employees for the span of February 1, 2013 and January 31, 2014. Last year LinkedIn was not in the list and this year it’s number one receiving 100 percent approval rating. Zuckerberg’s position dropped to #9, Larry Page of Google at #10 and Tim Cook of Apple at #17.

LinkedIn employees gave cent per cent approval with tremendous positive feedback. An employee claimed “Culture of complete transparency. Bi-weekly company all-hands with the CEO.” The other said “Colleagues are top notch as developers, collaborators, and acquaintances. Leadership is excellent. Perks are amazing.” When employees are this much satisfied things differ. Another good news is that 2 female CEOs are in the list- Amazon’s Jeff Bezos at #32, with 86 percent approval and Yahoo’s Marissa Mayer at #49 with 79 percent approval.
Below is the entire list. Have a look. 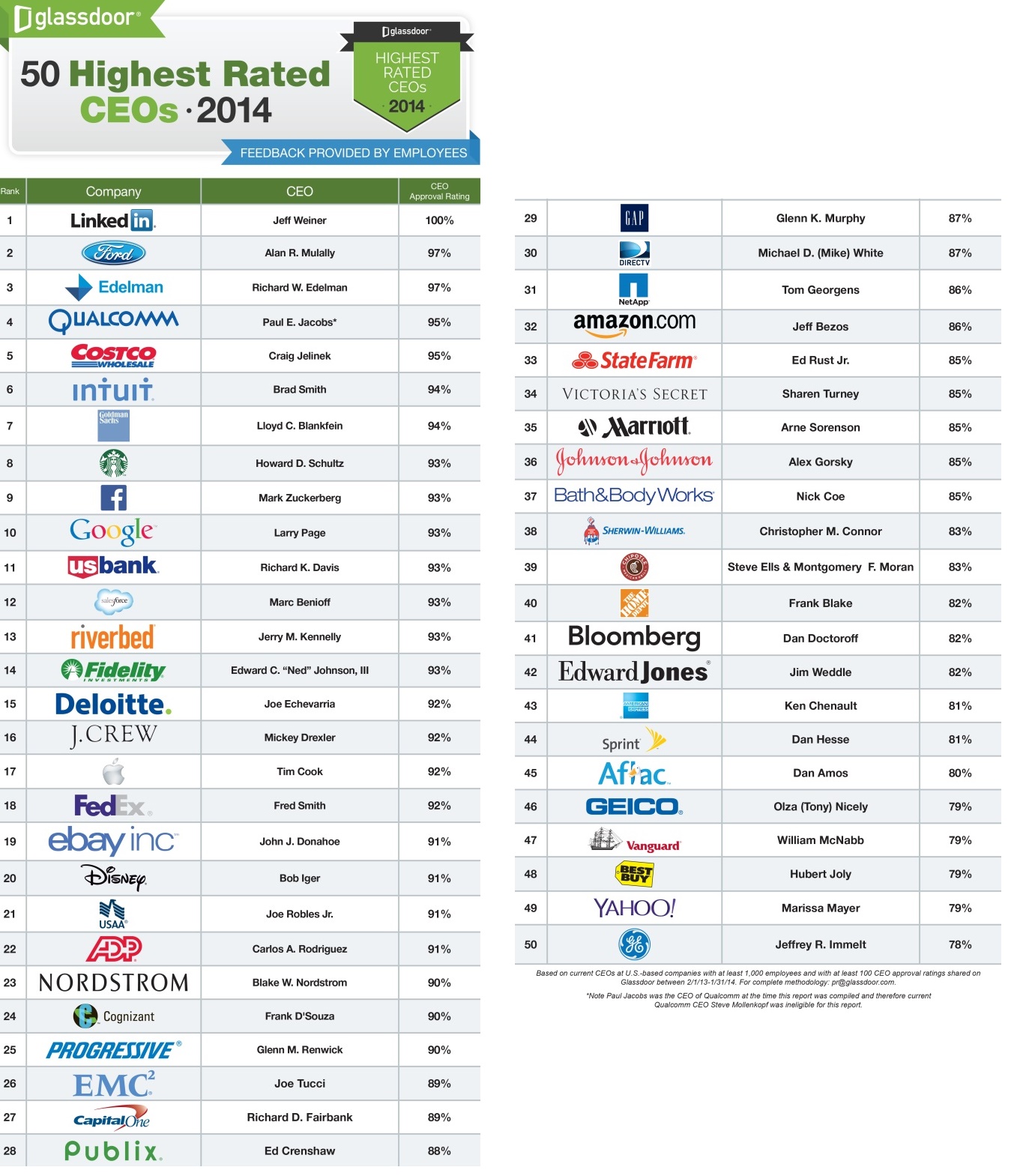