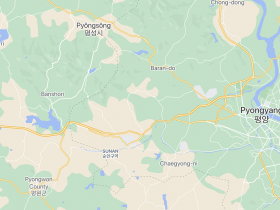 As we are surrounded by technology, our sports world is also getting enhanced. With growing craze, new technological innovations in the field of sports are not only benefitting the credibility, but also the performance of most players.

In this article we are going to know about certain significant scientific enhancements that would help one improve himself not only as a sportsman, but also as a coach, official(s) in the field of basketball.

It must be known to a basketball player that reviewing one’s own gameplay would help in sharpening skills as it would help one know or be aware of where the player is making a mistake or is being a defaulter. This is not only applicable for players but also for coaches and officials to review their tactics and decisions respectively.

To excel in the field of basketball, the first and the most primitive thing you need to know is the set of rules assigned to this amazing game. There is a too long list where the set of rules is mentioned, this too long list is also known to you because of technology. If you forget also, there’s the app which you can look into. These apps would help you in knowing the next basic major skills of shooting, jumping, passing and then gradually dribbling then eventually rebuilding (an effective skill in basketball).

To improve your shooting skills, a very effective device is being used – Shot Tracker.  It analyzes the shot from the moment the ball is released from the hands and advices on its furtherance. It provides data which could be beneficial for not only a player but for the team as a whole.

It is a simple and easy to operate device that would advise you with the best decisions while playing, like when to pass, dribble past defenders, shoot etc.

Another similar device is the Basketball Shooting Training Aid, used for rectification of shots and help in tactics. For upgrading your vertical jump skill, you can use the Vertical Jump Trainer. It would suggest you with the best quality of basketball shoes that would help you perform better on the court. For the amelioration of your dribbling skills, the Dribbling Goggles are available.

But the thing is that only relying upon technology won’t help. You need to practice harder, identify your weak points, improve them and then nothing would stand a chance against you. The more you spend your time on the court, the more you excel. Technology, also here, would help you, by telling the time LeBron James or Kevin Durant practices or Kobe Bryant used to.

If you’re planning to make your career after basketball, then these wearable devices would help you in your achievements:

It is a waistband type thing that would act as your coach and would analyze and report to you about your skills and their required rectification by suggesting necessary exercises by transmission of shot metrics to your phone or iPad via BT.

For improvement of your jumps, that is, “How high it should be?”, “When would the perfect time for jumping be?” – These questions are answered by this device. It would also send similar vertical metrics to your operating device, thus helping in improving.

It is a different type of device, it isn’t worn by the players, but by the ball which would then sync with your personal device, thus tracking your baskets and misses and advising on how to improve it. It has got a drawback that one cannot do the attaching it to the basketball by himself/herself. For that, one has to buy a new ball on Wilson describing the necessities of Wilson X to the ball.

As the name says, it would monitor your heartbeat and other health conditions while or after playing. Clothing+ is the best developer and manufacturer of such textile-integrated wearable sensors monitoring brain waves, body temperature also.

It’s basically the camera system that is installed at all NBA venues. It consists of six cameras tracking the movements of all the players 25 times in a second. It gathers players and game data at the same time such as the players’ passing, shooting, dribbling, etc. It is very much effective to analyze team performance and defeat the toughest of opponents. The only disadvantage is that it is very much expensive to afford.

These technologies would help you in mastering basketball, but can also have an adverse effect by destroying your reputation. So keep practicing and rectifying to become a better player and take the boons from technology and not get cursed by it anyway.