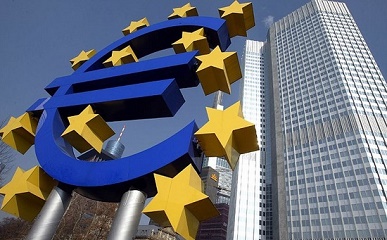 Pluto is like billions of miles away from Earth and it orbits on the fringes of our solar system, billions of miles away from sun as well. (It took NASA’s New Horizons spacecraft nine years to get close) Sunlight is much weaker there than it is here on Earth (about 1,000 times dimmer than it appears on Earth), yet it isn’t completely dark. Pluto takes 6 days and 9 hours to complete one rotation, so this is how long a day is on Pluto. Although sun is more far away to Pluto compared to Earth, there is a moment in earth’s day near dawn and dusk each day, the illumination on Earth matches that of noon on Pluto We call this Pluto Time. If you go outside at this time on a clear day, the world around you will be as bright as the surface of Pluto at noon. It’s always Pluto Time somewhere.

Pluto Time is a special moment of interplanetary similarity that happens twice daily, everywhere around the world. It’s that instant just before dawn and after sunset, when the sky on Earth is the same illumination as the surface of Pluto at noon. In fact, if you stood on Pluto at noon you would have enough light to easily read a book. NASA calls this special instant as Pluto Time, and now, you can find out exactly when your region’s next Pluto Time is taking place.

On Earth, the amount of light you see depends on the weather and other atmospheric conditions. What kind of weather Pluto might have is not yet confirmed by anyone. However, one thing you’d definitely notice in Pluto’s sky would be its moon Charon. Pluto has five moons (that we know of so far) but Charon is by far the biggest. It’s so large compared to Pluto that instead of Charon going around Pluto like our moon goes around the Earth, Pluto and Charon orbit each other like a double planet. Charon is tidally locked in its orbit with Pluto in such a way that it can only be seen from one side of Pluto, similar to the way we can only see one side of our moon from Earth. If you were on that side of Pluto, Charon would sometimes be very bright in the skies overhead.

New Horizons is the first spacecraft to have a close encounter with Pluto. After the historic flyby on July 14, 2015. NASA is encouraging all of us to go outside at our local Pluto Time, take a picture (no flash!) and share it on social media (#PlutoTime). The space agency will combine some of the best Pluto Time shots from around the world into a mosaic image of Pluto and its moons. To find your Pluto time click here