As a gamer, there is a lot of flexibility in terms of equipment- you can use PC’s, Macs, and even Consoles, which run on a similar basis. And while a lot of dedicated gamers build their own setup from scratch, you can find some great stuff already available. Here is a quick Mac equipment overview for gamers:

Boot Camp: While Mac allows you to play a lot of the popular titles such as World of Worldcraft or Tomb Raider, there are quite a few games that are limited to Windows 10. Boot Camp makes your Mac compatible with Windows and allows you to switch back and forth between the two operating systems, giving you access to games that would run on either.

Graphics Card: Most Intel i5 or i7 core processors will handle most games, including 3D games like Battlefield 1. However, 3D games take a lot of power which is where a graphics card, or GPU, comes in handy to help avoid overwhelming your systems. There are two major types of graphics cards. An integrated GPU will share RAM and memory with your computer- which can be less than ideal if you only have 2 or 4 GB’s to begin with. A discrete GPU on the other hand, has its own memory called VRAM or Video RAM, which will allow you to enjoy the game without weighting down your computer.

Headsets: Even the best games can be improved with a good headset. There are several options available for Mac users including Sennheiser, which offers a really good setup. A lot of the headsets on the market are built for PC’s so double check that anything you purchase will be compatible with your MAC.

If you are looking for a new computer as a gamer, many places have Apple computers for sale, but going directly to an Apple store or an Apple premier partner can help you get better deals. This will also allow you the benefit of Apple certified tech support, which will help with any technical issues or questions you may have.

How to Survive Namalsk and Winter Maps – DayZ 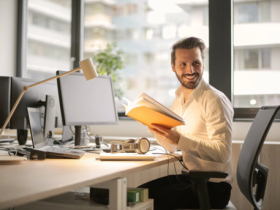