This is an exemplary craziness with Bitcoin where a person get NFC chips implanted in his both palms to store Bitcoin wallet. Even though Bitcoin wallet is of ample benefits when it comes to exchanging currency online, but there are darker sides too. Bitcoin, being the largest cryptocurrency in the world, a threat of larceny and hence it is often recommended that users keep their bitcoins offline. Offline implies paper, encrypted USB storage etc but this man named Martijn Wismeijer has transcended all forms of madness by implanting the NFC chips in his hands. Now what does it mean? 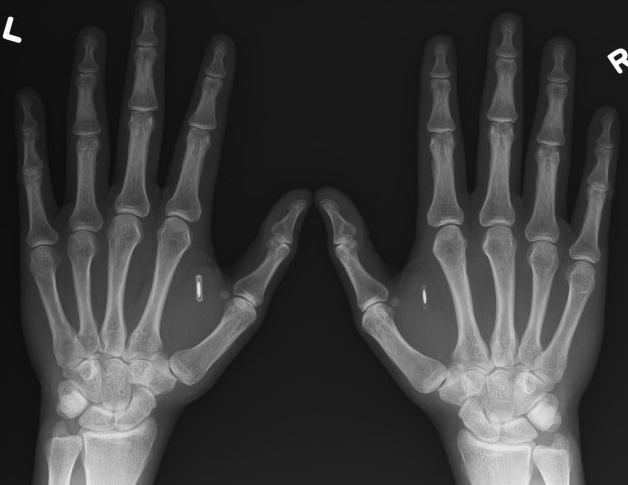 Martijn Wismeijer is a Dutch entrepreneur has done the chip implants on this hands. One of the chips contains data that can be changed and overwritten, while the other contains encrypted Bitcoin wallet data. He can make any transactions by placing his hands on scanner, that’s getting hands scanned for transacting Bitcoins.

Arstechnica has full coverage on the incident:

“I use it for cold storage, but it’s not cold because it’s 37 degrees Celsius inside my body!” he told Ars over Skype on Friday.

Specifically, he has an “NFC Type 2 compliant NTAG216 RFID chipset” embedded in a tiny glass capsule (2 millimeters by 12 millimeters) that was injected into the fleshy part of his hand between his thumb and index finger. Each capsule can hold just 880 bytes of data, which is more than enough for a cold storage wallet. The Dutchman got it as part of a pre-loaded syringe sold as a $99 kit from DangerousThings.com, a Washington State-based website that sells to hobbyists and biohackers.

On Nov. 3, 2014, Wismeijer had it installed by Tom van Oudenaarden of Piercing Studio Utrecht after his own Amsterdam doctor refused.

“My doctor doesn’t like it!” Wismeijer said. “He didn’t want to do it, he just wants to make people better, and I’m not sick—I just want this thing inside my body. He was right, so that’s why you need body manipulation artists.”