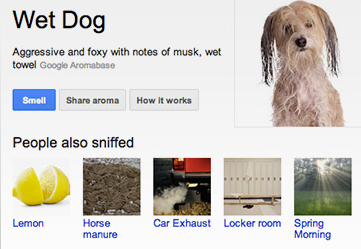 The Consumer Electronic Show or CES 2020 has started today, that is January 7th, 2020. Samsung’s keynote addressed many amazing innovations and technologies. Almost all the gadgets and devices, that are in Samsung’s plan worth mention, such as, smart city, augemented reality, GEMS Exoskeleton, etc. But among all these, the cutest and the showstopping gadget is definitely Ballie, the artificial intelligent Robotic sphere. At the keynote held by Samsung, at CES 2020, Samsung announced that Ballie is going to be the small cute robot, that will follow you all over your home just like a pet, and interact with you over its artificial intelligence backbone.

CEO of Samsung, H.S Kim introduced us to Ballie. He gave some simple commands to Ballie, like calling Ballie to come near him or move away from him. He also demonstrated that Ballie is intelligent enough to follow you wherever you are going and will do things, that can make your life easier. Ballie can turn on the music while you are doing yoga, it can connect to all your smart home appliances and manage the devices accordingly. Ballie has an in-built camera, which scans you always, and even captures special moments, automatically, without you prompting it to do so. It can become friend and guide for you child and pets. It is capable of understanding the need of the people as well as the pets living in the house.

Soon after, Samsung US Newsroom Twitter account launched a video, that showed a video of Ballie and how Ballie interacts. It is shown that Ballie is following the members of the house, turning on lights, opening window panes, instructing a robot vacuum cleaner to clear up the mess done by the dog. In one word, Ballie is one step ahead to the new vision of a fully smart home.

Ballie looks sweet and seems fantastic. Still, there is a lot of inquisitions in the minds of technology experts. Many are worried about the constant screening ability of Ballie. Many are afraid if Ballie will ever be used for data gathering by secret agencies. According to many, Ballie will nothing more than a data collector. Previously, many other companies have launched robots for consumer use, but none have succeeded in becoming a household name. There are several legal and financial hurdles that need to be overcome. Let’s wait and see how Ballie’s future shape!