Knox to include Office 365: Microsoft- Samsung bonding taken to a new level

Scientists have recently published a paper at Scientific Reports journal on making of the first magnetic wormhole. Wormhole are cosmological objects that have the ability to connect two distant regions of the universe with the aid of a magnetic tunnel connecting the two regions. Just like physical tunnel connects two places which are otherwise uncommunicable, similarly a magnetic wormhole connects two regions via electromagnetic tunnel. As simple as the idea might seem aparently, it’s equallt difficult to achieve it in real time. The scientists had a tough time in accomplishing the magnetic wormhole inside a lab. 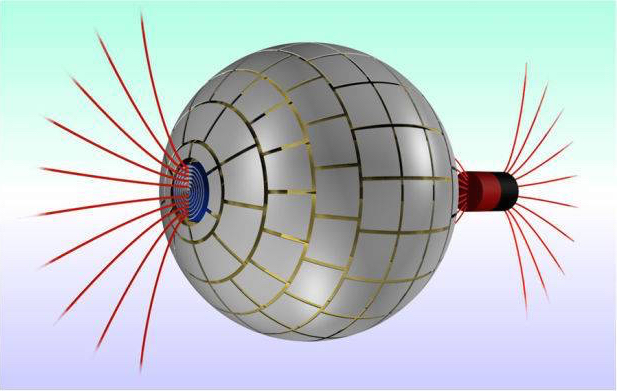 The metamaterials used for the experiments have strong command over the electromagnetic fields. Thus they could create the ambience of celestial bodies. To achieve the magnetic wormhole, instead of relying on transformation optics, the scientists chose to deploy the properties of magnetic metamaterials of shaping static magnetic fields.

As the paper said,

Magnetic materials naturally exist with extreme magnetic permeability values ranging from zero – superconductors – to effectively infinity – ferromagnets, through many intermediate values Metamaterials built from different combinations of them have enabled the realization of magnetic cloaks and other devices for shaping magnetic fields.

The magnetic wormhole will find varied applications in medical and physics field, especially in magnetic resonance and MRIs.