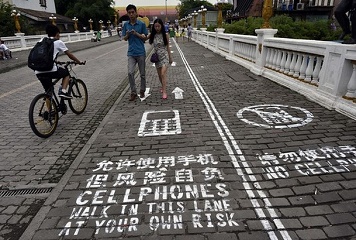 It was once thought to be the stuff of science fiction. But now, the idea that machines can read people’s minds and interpret their thoughts is becoming a reality. Through artificial intelligence and software development outsourcing, some organizations have taken the plunge and begun to tap into the world of mind-reading technologies.

How will this technology help us? What are the possibilities for it? And what are some concerns? Here’s what you should know.

As of late, numerous businesses and organizations are clamoring to discover breakthroughs that leverage mind-reading technology. They are partnering with software development providers, research labs, and others to come up with new ways to use it. These are some of the most prominent discoveries and ideas in the works.

In July 2019, Facebook announced that it is funding research meant to benefit patients with paralysis by picking up and decoding brain signals, enabling them to articulate their thoughts without moving. Funded by Facebook, scientists at the University of California San Francisco have created an algorithm that deciphers words in patients’ brains and translates them on a computer screen.

The study, which included three patients suffering from epilepsy, showed results with an accuracy rate between 61% and 76%.

Software development outsourcing for mind-reading technology is applicable across a variety of industries. This is evidenced by Nissan’s Brain-to-Vehicle technology, which would allow automobiles to interpret brain signals from the driver and proceed accordingly. This could improve reaction times by predicting movements such as pushing the accelerator or turning the steering wheel. It could also detect and adjust for the driver’s discomfort, such as by creating a more “relaxing” environment.

Using an electroencephalogram, which usually assists in the diagnosis of conditions such as brain tumors, researchers at the University of Toronto Scarborough observed the brain activity of participants while showing them pictures of 140 faces, one-by-one. Through a computer equipped with machine-learning algorithms the faces were recreated on a screen.

Another way software development providers and other businesses are trying to stay ahead of the curve is by incorporating mind-reading technology into existing products to augment their capabilities. Elon Musk’s company, Neuralink, is working with neural lace technology, essentially cellular threads that can be implanted directly into the brain. The hope is that humans will be able to power devices such as smartphones with their minds alone.

Voice assistants may already have a futuristic feel, and software development services are taking them one step further. Researchers at Massachusetts Institute of Technology have created a device that translates brain signals to text via electrodes. Rather than articulating the words aloud, the technology uses “silent speech,” responding to these brain signals as opposed to a person’s voice. This allows the user to ask voice assistants to perform tasks without the knowledge of people around them.

The Defense Advanced Research Projects Agency (DARPA) is working with six organizations to develop bidirectional brain-machine interfaces for military use. They would enable teams to control cyber defense systems and unmanned aerial vehicles and more by analyzing neural activity at a rapid speed. This is an important innovation, given the speed at which decisions and actions must take place in combat.

Before turning to software development outsourcing to begin building the next great mind-reading device, it’s important to recognize the potential drawbacks to this life-changing technology.

Privacy issues are a huge concern. Already, numerous businesses have access to an abundance of personal data about users and nonusers alike. Huge corporations including Facebook, Anthem, Walmart, Equifax, and Capital One have faced data breaches, exposing the information of hundreds of thousands of users. When they have access to people’s thoughts, who’s to say what could happen should their systems be hacked?

Moreover, what if they were to sell or use that data in unethical ways? Currently, the protection in place to prevent businesses and third parties from collecting, using, or selling information from their brains is limited, although organizations do need to inform users that they are gathering the data.

Another concern is the idea that technology could overtake humanity. So many books and films have tapped into our fears about machines controlling us. With devices tapping into our brain waves and sometimes even existing within human bodies, the blurred distinctions between humans and machines could seemingly become less definitive.

Mind-reading technological advancements are underway, and it doesn’t seem like such a far-away possibility that devices could soon fully access our thoughts and anticipate our actions. Businesses have plenty of opportunities to leverage the power of AI for mind-reading —  from having home systems recognize when occupants want to turn on the lights or lower the temperature to vehicles knowing the driver’s next move and imposing safety features accordingly.

Given that mind-reading technology is already being created, organizations should start working with software development companies now to explore how to incorporate it into their products. They should also be sure to consider the concerns regarding this possibility. It will be imperative to confidently assure their users that their thoughts and personal information are secure and protected.