If you have ever search on the internet about Android security flaws, then you must have heard about Stagefright hack. Stagefright hack makes the OEMs and the entire operating system of Android vulnerable to threat and when it happens, Google does the security patch up. This event has been occurring since years and this is how Google pushes its security update to Android devices once a threat has been discovered. 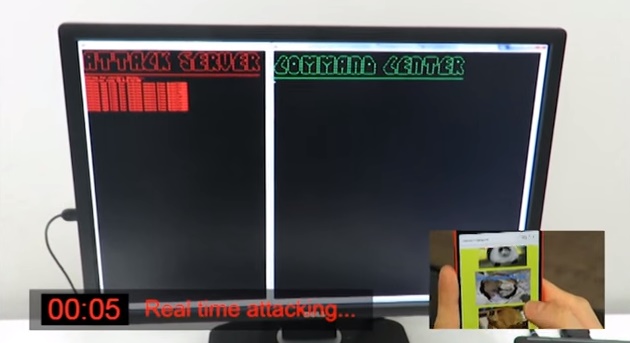 Security researchers at Northbit have developed a Stagefright hack known as Metaphor. Metaphor can compromise any Android phone quite easily with some deceptive tricks straight from a web browser. If you watch the video, you can see the entire process of the hack. The exploit comes camouflaged in the form of URLs which will promise you to show cute kitten videos and images. Once you click and get lost in the beauty of the cute kittens, the virus with a malicious MPEG-4 video will crash Android’s media server. The data are transferred even if you have not played the video. This means, the attack is accomplished even if you have just scrolled and viewed the videos which implies the process has to be very fast and crisp. According to reports the entire attack is commenced and completed within 20 seconds.

Now the main thing is to learn if your Android device also belongs to the same group of millions of Android devices which are risk prone. Nexus 5 is the most vulnerable device among all. Google says the android devices running Marshmallow or patched with security level 1 of October 1, 2015 are protected against this stagefright vulnerability. So guys if you are owning old Android versions- beware, you are still at risk.

What Is 502 Bad Gateway Error While Browsing Internet?

Want to sell your business online? Read this first

What Is GG Or Good Game In Gaming?