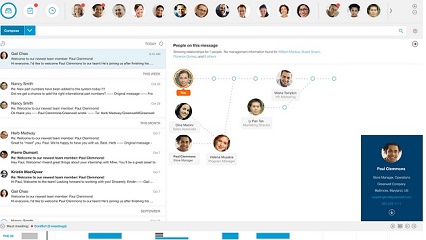 Every generation has its own use of specific terms, and along with music, fashion, and mannerisms, it is one of the things that can distinguish one generation from another. However, the phrase “history repeats itself” still holds true when it comes to certain things, and one of those things is certain words that are popularly used today.

The words “forum”, “FAQs”, and “posting” were around before the internet was, or at least had a similar counterpart with the same definition. Who would have thought that older teens and young adults of the 1980s were using some of the same lingoes that we use now— and in the same way! We can thank something called Usenet for the introduction, and even the creation of these terms.

Before we can see how Usenet gave us some of our current lingoes, it’s important to know exactly what it is. Usenet was— or rather, is (because it still exists and is very relevant today) — something like the original worldwide web. It allowed people, mainly college students and professors, to discuss ideas with other students and professors far away.

Although it was around before the internet as we know it, you can still use it today, and in a more updated form than what was initially created. Originally, it was very hard for the average person to figure out how to use Usenet. However, the fact that not many people had computers back then may have contributed to that. Nevertheless, today, it is much more user-friendly.

A forum is a platform where people can voice their opinions on certain topics. This is essentially what Usenet was long before the internet, except instead of forums, they were, and still are, called newsgroups. There were different newsgroups for a variety of topics, including politics, music, video games, and pretty much the same things we discuss today across various social media platforms. Initially used by college students and professors, Usenet’s newsgroups were education-related in their early years.

Nowadays, no one really even says “Frequently Asked Questions” anymore, it’s just “FAQ” and this acronym was used in newsgroups on Usenet often. Though not as sophisticated then as it is now, the FAQs in the past had a tendency to get lost among various discussions. To remedy this, users of the 1980s would create different “answer” newsgroups to answer those frequently asked questions.

Before we were ever posting on our Facebook timelines, Instagram feeds, or even online forums, Usenet users were posting in newsgroups. Before Usenet, this term was probably only used when referring to physically posting a sheet of paper or a sign, having nothing to do with a computer. But Usenet users of the ‘80s and ‘90s were voicing their opinions, ideas, and knowledge as “posts” in newsgroups.

How does Usenet compare to today’s social media websites?

Just like our social media sites are constantly evolving, Usenet has evolved too. It is much more user-friendly than in its early days and has worked out its kinks that all platforms tend to have from time to time.

Usenet is also considerably less restrictive compared to today’s social media websites, which means you’re able to access even more user-generated content in a fast and secure way. Usenet allows for more uncensored content that may be restricted on other social media platforms, so its users have access to more information than they may not otherwise have.

One thing to note about Usenet is that it is not a website you can just visit; it can be accessed with a service provider.

The fact that a service like Usenet, from the late 70s, is very relevant and even similar to many platforms we’ve seen since the turn of the century, is very impressive. What’s even more impressive is that it’s still around and growing in popularity over 40 years after the idea came about!