This is indeed a great news for fans of the famous game Age of Empires. The game Age of Empires: Castle Siege that has been reigning over the Windows platform- Windows 8, Windows 10 and the iOS platform is now coming to the Android platform. The game will come as a free game and hence Android users have no limit to happiness. Age of Empires Castle Seige is already a huge success with more than 5 million fan base who actively play the game. Android users can now the Castle Seige in their Android devices. 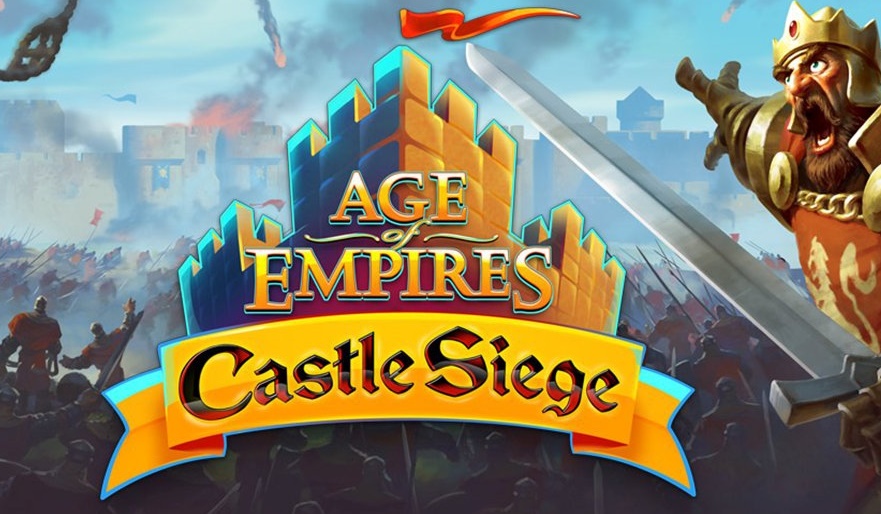 The game will be integrated with Xbox Live. This ensures that the game will be saved to the cloud irrespective of the platform you are using. For example, you can play from your Android device, or Windows laptop, or iPhone using the same account. The game progress will be in sync. Users can sign in using Xbox Live gamertag or Microsoft account to earn Xbox Live achievements and improve the Gamerscore. Users can also play multiplayer and continue playing on any devices among Windows 8, Windows 10, iPhone, iPad, or Android device. You can play on the go without any fear of data loss.

The essence of the Castle Siege game is that the player has to guide his/her empire through the Medieval Era. There are three civilizations from which you can select a civilization. Then the you have to keep on playing and upgrading the stages, upgrade your keep, fortify your walls, and garrison your troops to protect your players from marauders or opponents. You can also train your army to raid opponents’ cities, and command them to dismantle their defenses!

The Android version bring a plethora of new features. These features include bonus-loot battle chests, high-treasure smashdown battles, and even enemy spies infiltrating your empire.