Well Cyber Security Challenge seems quite interesting. Isn’t it? To find most deserved next generation cyber security professionals, a massive cyber-terror attack simulation is held aboard HMS Belfast, a museum ship that is operated by Imperial War Museum. It was originally a Royal Navy light cruiser and now a retired battleship that moored in London on the River Thames. The competition they call Cyber Security Challenge UK, “the biggest and most realistic cyber-attack simulation run for civilians in the UK”. 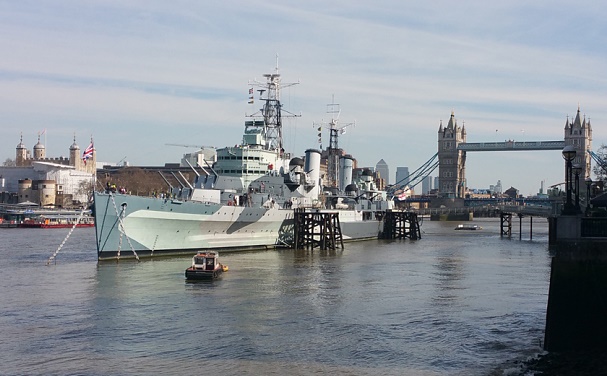 Thousands of people have applied for the challenge and among of them only 42 people were shortlisted. The process that almost took a year for selection has cut down the counting to 41 men and only one woman. The challenge does not offer any prize money but the winners will get themselves a job in cyber security. The representatives like GCHQ (the UK NSA), the National Crime Agency (FBI wannabes), and companies like Lockheed, the Airbus Group has an eye on the contenders. The government and private sector take quite interest in hiring competent IT security folk.
The two-day challenge on board HMS Belfast has cyber-terrorists that have hacked the network. The cyber terrorists are ready to blast Mayor Boris and the rest of London’s administration. They have forcefully used compromised computers to turn the guns of HMS Belfast towards City Hall to blow off. They are in full control of the naval gun system. The only thing stopping the attackers from the destructions is the amateur cyber-heroes. A digital clock is there counting down the time. The competitors need to make sure the ‘Flag Day Associates’ don’t shut down anyone’s life support soon. So they need to scan for vulnerabilities with IT and healthcare systems continuously. These individuals are battling against the clock to find out how the group, known as the Flag Day Associates, broke into the network. They are also searching for similar ‘holes’ within the IT system of a water treatment and manufacturing facility to ensure that the city remains safe from the terrorist group. They are trying to stop the bad people so that they cannot infiltrate the system. No doubt, the challenge seems quite interesting.
Four years ago, Dan Summers, a postman from Wakefield, West Yorkshire became the first ever Cyber Security champion. He is serving at the Royal Mail and he is only a senior executive in its cyber security division. Now the UK and the whole world is looking for the competent IT security folk.