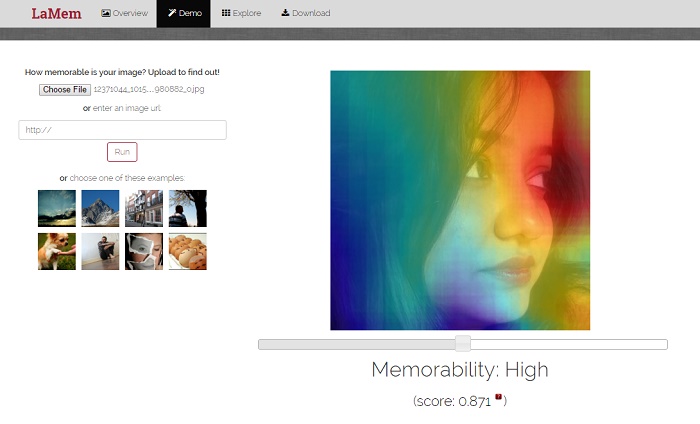 LaMem: Check out if your profile photo is memorable

Google recently made a historic change by dividing the company into two separate companies- Google and Alphabet. Larry Page, the ex- CEO of Google is the present CEO of Alphabet while Google is being led by Sundar Pichai. Ever since the inception of Alphabet, misconception and rumors are speculating around the website name. Everyone was wondering what would be the website domain name of Alphabet? At one point of time it was rumored that Google is planning to buy a domain called alphabet.com but that domain already belong to German car manufacturer who did not agree to sell the domain. So apparently, Alphabet was suffering an identity crisis. Finally Alphabet has got its identity domain name and its abcdefghijklmnopqrstuvwxyz.com. So, instead of choosing bits and pieces of alphabets like abc, xyz, Google acquired the entire set of English alphabets. The domain name contains all the 26 letters of English alphabets. “We realized we missed a few letters in abc.xyz, so we’re just being thorough,” a Google representative told us in an emailed statement.

This domain name was spotted in Whois records by DomainInvesting.com and as per records the domain name was created in 1999. It’s not known how much did Google pay in order to purchase it but one thing that leaves a question. Will users have the enthusiasm to type the URL every time or will Google do something else to relieve us?