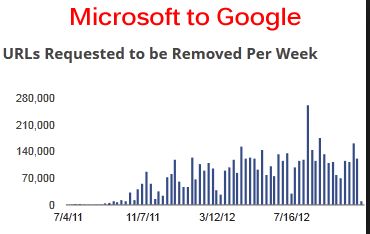 Takedown Requests by Microsoft to Google for Copyright violations

Smart Home and Artificial Intelligence are the reigning technologies. Google being the top technology company can never lag behind. Its state of the art Artificial Intelligence Assistant, called the Google Assistant is paired with Google Home and Home Mini speakers. The Home and Home Mini speakers are heading for launch in India after more than 6 months of launch in Europe and the United States.

Redington is one of the biggest suppliers of electronic products to India has stated that their retail outlets about the Home and Home Mini devices much ahead of the device launch. The report also mentions that the devices could be unveiled sometime in April. While many users are excited about the launch in India, but others are quite disappointed because of the extreme delay of launch in India. But just because it’s Google, the delay may not affect the sale. It’s expected that Google can still make a mark against the Amazon Echo series of speakers in India.

If rumors are to be believed, then Google is probably crafting something special for Indian markrt. This, along with the Home speakers should boost this effort further.

If you are thinking about the price of the products, then you’ll be a little disappointed as there is no confirned news on the price of Home and Home Mini speakers in India. But if reports are to be believed, it could be closer to the $129 and $49 prices in the United States along taxes.