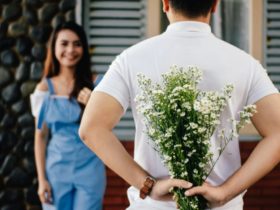 Meta, formerly called Facebook, launched Reels last month for Facebook users of iOS and Android. After reels became a success on Instagram, the company finally launched it for Facebook. Previously, you could only turn on recommendations on Facebook for Insta reels. You could not create Reels directly on Facebook. But now, it is possible. Reels are short fun videos, just like TikTok videos. You can apply filters, special effects, timers and many other features to make the videos attractive. Reels are public unless you make any changes to its settings. Reels are available not only to your friends but also to all audience across your region or circle or even internationally. If you don’t know how to create Reels on Facebook, here it is. Follow the article below:

2. As Reels opens, tap on the camera icon as show with arrow.

4. Tap on all these effects and find you suitable combination.