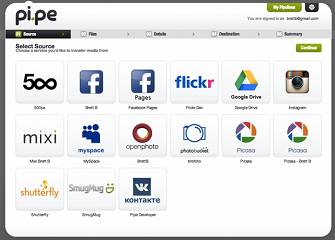 At the moment, it is difficult to find a streaming service that can compete with the quality and wide catalog of videos offered by Netflix. Netflix is the undisputed leader in the online streaming sector.

One of the reasons for Netflix’s success has to do with its extensive catalog of films, series and TV programs. Netflix has a global strategy, which is to distribute as much multimedia content as possible with variety for all genres and audiences.

However, the streaming platform restricts content by location, which is often frustrating when you are looking for a series and it turns out that it is unavailable in your country.

To put this in context, most countries only have about 19% access to the TV programs offered in the US version and can only access 11.6% of the movies.

There is a way out; we will provide a comprehensive guide on how you can watch any movie or series even if your country is restricted. One key resource needed to do this is the VPN; relax and read further to find out how.

A VPN is a virtual private network that establishes an encrypted network between external servers and your device.

A VPN connection typically follows four major sequences between you and the content that you want to access online. The first sequence is your device which has the VPN app installed. Most VPNs have applications for different devices ranging from computers to mobile phones.

The second sequence is the tunnel that connects the device to the VPN server. The tunnel is a secure and encrypted connection that can only be accessed by your device and the server. This is the major area that ensures that your connections are safe and secured.

The third sequence is the VPN service provider that provides the server itself. This is usually a large set of computers interconnected to provide security and access to content on the IP of that server.

The last part of the VPN connection sequence is with the platform hosting the content you want to access (in this case Netflix).  Netflix will be given the VPN server IP address enabling you to access contents that are geo-locked.

How does Netflix detect the user’s location?

Netflix is able to detect users’ locations by reading information from your IP address. The IP address of your internet service provider reveals your country. This way, the streaming service is able to allocate the right content server for your location.

If you use that same IP to access contents from another region, Netflix will detect and your request will be rejected. Therefore, it is crucial to use a VPN to access geo-locked content on Netflix.

Why use a VPN to access the Netflix locations

The major reason for choosing a virtual private network (VPN) is because it encrypts and protects your connection or network. This means you will be able to surf the web under a protected network from anywhere in the world. In addition to security, VPN also gives users the ability to use anonymous IP addresses.

Although VPN is often used by users to navigate through different web pages without leaving any trace, their anonymous IPs allow them to be used to access applications and services that are exclusive to certain countries and cannot be accessed from other countries.

In this way, with a VPN that provides a United States IP, you will be able to access all Netflix contents restricted to the US alone irrespective of where you live.

It is important to note that Netflix has in recent years clamped down on VPNs.  The platform regularly updates its IP list and you could get an error page if you use a VPN that has been blacklisted. For this reason, check out the list of the best VPNs that you can use to watch Netflix contents from all locations with minimal fuss.