Oil spills undersea as a result of cargo ships, oil tanks or accidents have been jeopardizing the water ecology and aquatic life since ages. Scientists could not come up with a reliable and feasible solution that could be implemented. Finally, this young and vibrant 18 year old Indian – American scientist Karan Jerath made it possible. He successfully invented a device that would be able to curb this menace. The innovation won him several accolades including the prestigious Intel Foundation Young Scientist Award in the US and a whopping $50,000 at the Intel International Science and Engineering Fair (IISEF). 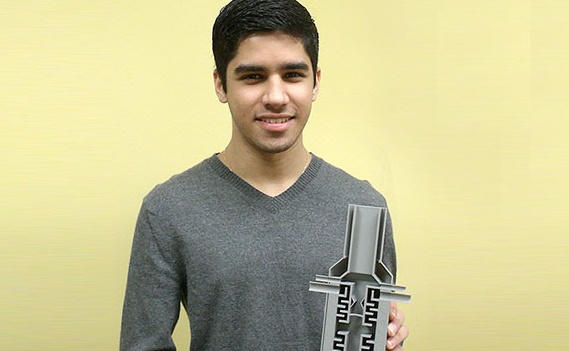 The device crafted by Jerath will collect oil, gas and other materials leaking from a cargo ship or any such similar oil well by means of this 350 ton huge machine. Several sensors will be incorporated into the device which would be capable of keeping track of the very basic but extremely important parameters like pressure, temperature and density of the mix of gases and fluids erupting from a well.

A computer will monitor these details and decide on how the valves in the gadget should be adjusted in order to prevent oil leakage. Jerath said that this primary function of controlling the valves should stop a spill in its tracks. “The device could help prevent an ecological catastrophe. It also would lessen cleanup costs,” said Jerath.

Out of several outstanding innovations, the top position was bagged by Karan for this impeccable contribution in saving the water ecology. Not only the device succeeds in solving a huge problem, but also reduces the cleanup cost to a huge extent.