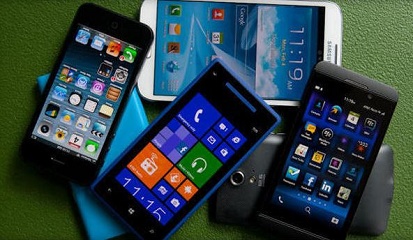 Phone displays now have become an important aspect of judging a smartphone when it comes to buy one. The better and clearer is the display topping with a high resolution, the more we become interested and consider judging its other aspects.
Compared to what we had earlier a couple of years ago the most advanced LED screens look more amazing costing a considerable amount. But now a new method has been discovered of making LEDs not only brighter and more efficient but also five times more clear. And also it is supposed to be a cost effective method and makes the screen look clearer for a longer period of time. All this was found out by a Princeton engineer.

Professor Stephen Chou, a renowned figure for a breakthrough in nanotechnology in 2012 by which he increased solar cell efficiency by 175 per cent. And the same principle he has applied to LED technology. Since the invention of LED technology scientists have been struggling to solve the challenges in LEDs and other such displays. Though the technology is extremely energy efficient, only 2-4 per cent of the light generated by an LED is actually emitted. The rest of them is trapped in the LED casing.

But however, the nanotechnology theory by Chou changes all the phenomenon. The theory uses a nanostructure called plasmonic cavity with sub-wavelength hole-array (PlaCSH) to direct and focus light towards the viewer. It is only a wiremesh created out of wire which is only 15 nm thick. The light emitting surface which is below that shines even brighter and since less light is trapped less heat is generated which makes the LED last even longer.

Thus with his invention more cost effective ways of manufacturing organic and inorganic LEDs has been discovered. Thus a few years of wait would see such implementation on smartphones.