Where To Watch The Razer Phone 2 Launch Tonight?

Ahmed Mohamed is a young student from Irving, Texas who was arrested by Irving Police officers when he presented a self-made clock to his teacher. Ahmed is a student of Irving MacArthur High School. The reason for arresting Ahmed was that the teacher mistook the clock for a bomb. The world is abashed and is outpouring their sympathy for the 14 year old bright young student. The list of supporters include the President of United States Barack Obama, Facebook CEO Mark Zuckerberg and many other big names. 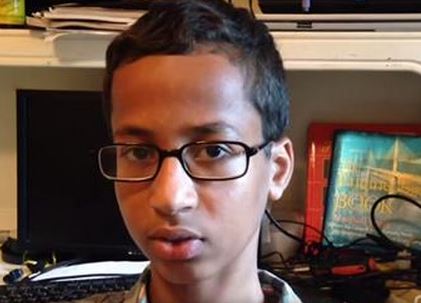 President of the United States tweeted:

President Obama (@POTUS)
September 16, 2015
Cool clock, Ahmed. Want to bring it to the White House? We should inspire more kids like you to like science. It’s what makes America great.

“Ahmed, if you ever want to come by Facebook, I’d love to meet you. Keep building.”

Google also invited Ahmed to showcase his clock at the Google Science Fair:

Ahmed was not charged but he was suspended for three days. With the memories of 9/11 afresh, the teacher did not care to give a second thought about the innovation of the little boy before calling the cops. The incident has been an eye opener to the world. Many have admitted that it’s a shameful act to sterotype a particular race or a religion as terrorists. However the charges have been removed later on and millions of supports have been pouring out for Ahmed but what impact has it left on the boy?

What did Ahmed say?

Twitter users have been using the hashtag #IStandwithAhmed to express their stand for Mohamed. You can also use the hashtag to express your views in social media.