The demise of Professor Stephen Hawking marks the end of a glorious era. The globally acclaimed renowned physicist was not only of the greatest scientists of all time, but he was a symbol of strength and tenacity. He was an English theoretical physicist, cosmologist, author and Director of Research at the Centre for Theoretical Cosmology within the University of Cambridge. He passed away on March 14, 2018, at the age of 76. 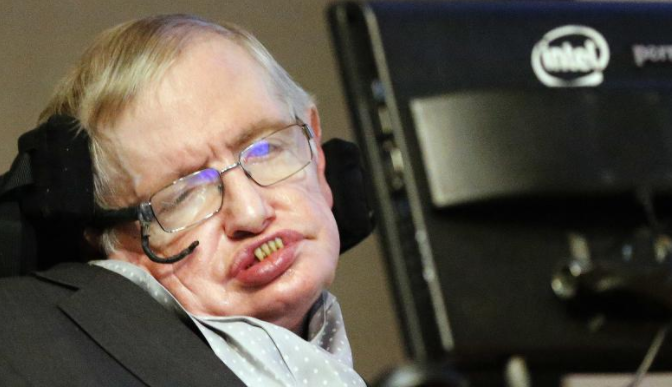 Hawking suffered from a rare disease of motor neurons, called the amyotrophic lateral sclerosis and Lou Gehrig’s disease, which paralyzed him eventually. He beat all odds and continued to inspire and surprise the world’s with some of the cutting edge theories of physics.

Here are some of the famous quotes of the legend:

1. On his enormous fame: 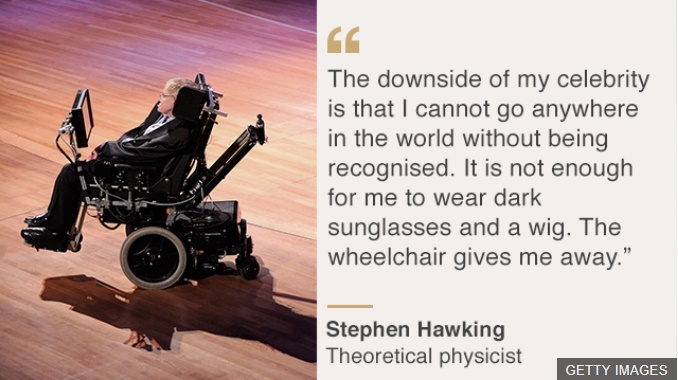 2. On living a life with disability

❝My advice to other disabled people would be, concentrate on things your disability doesn’t prevent you doing well, and don’t regret the things it interferes with. Don’t be disabled in spirit, as well as physically❞ – Interview, New York Times, May 2011

3. Why the universe exists?

❝If we find the answer to that, it would be the ultimate triumph of human reason – for then we would know the mind of God❞ – A Brief History Of Time, published 1988 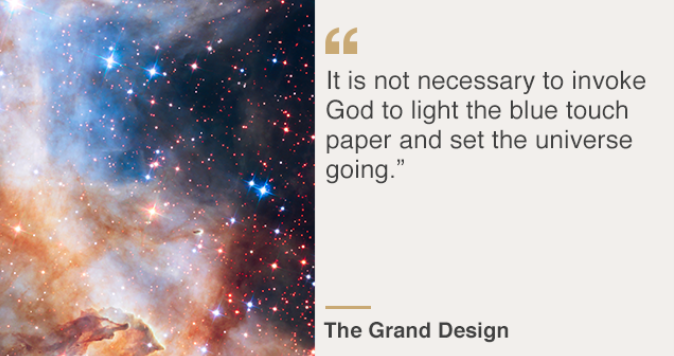 5. On Life and Euthanesia
❝The victim should have the right to end his life, if he wants. But I think it would be a great mistake. However bad life may seem, there is always something you can do, and succeed at. While there’s life, there is hope❞ – People’s Daily Online, June 2006

6. Communicating with Extra-terrestrials or aliens

❝I think it would be a disaster. The extraterrestrials would probably be far in advance of us. The history of advanced races meeting most primitive people on this planet is not very happy, and they were the same species. I think we should keep our heads low❞ – In Naked Science: Alien Contact, the National Geographic Channel, 2004

7. Life after ALS (motor neuron disease)
❝My expectations were reduced to zero when I was 21. Everything since then has been a bonus❞ – Interview. New York Times, December 2004

8. Idea of Space Colonies
❝I don’t think the human race will survive the next 1,000 years, unless we spread into space. There are too many accidents that can befall life on a single planet. But I’m an optimist. We will reach out to the stars❞ – Interview, the Daily Telegraph, October 2001

9. On Dreams and Purpose of Life
❝One, remember to look up at the stars and not down at your feet. Two, never give up work. Work gives you meaning and purpose and life is empty without it. Three, if you are lucky enough to find love, remember it is there and don’t throw it away❞ – Interview with ABC’s Diane Sawyer, June 2010
10. On Black Holes 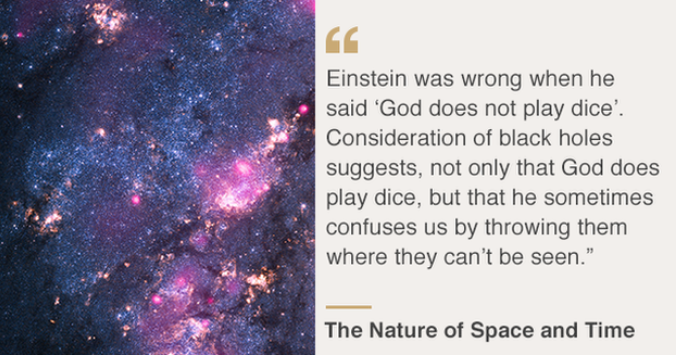