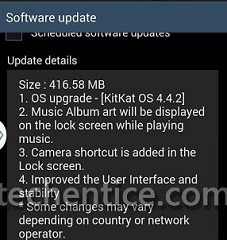 Packaging with metal plays a significant role in the food preservation process. This method is widely known as “canning”.

During the past years, canned food products have become an essential part of every person’s diet, especially in developed regions. They serve great value in areas where refrigeration is limited or there is no means of refrigeration at all. Canning helps in the safe preservation of food products while preventing microbiological deterioration.

In canning, there are two common types of cans that packagers use: two-piece and three-piece cans. We will discuss these further in this article so keep on reading to know more!

In two-piece cans, the body’s bottom and wall are formed using a single piece and another piece for the top part. Two-piece cans are also called drawn cans and are mostly used in the food and beverage industry. Packagers commonly use them for sweets that usually have slip lids. They can be made of steel or aluminum substrates.

How Two-Piece Cans Are Produced

Below are the four types of two-piece cans distinguished by the type of method used in forming them.

Single drawn cans are shallow cans formed using one drawing operation. Examples of these are cans used for tuna, sardine, and ready-meals.

These are tall, large cans made using two to three operations known as draw and redraw, though it can also use multiple redraws. Examples of DRD cans are the large cans used for salmon.

Some of these cans have larger top diameters compared to the bottom part. Their tapered shape allows you to slide one DRD can into another one during transport. This minimizes the transportation costs of large quantities of cans, especially in long distances.

DWI cans are commonly used in canning beers and beverages and are typically made from steel or aluminum. Can manufacturers produce them by processing a drawn metal cup further to form a cylinder through the deformation of the cup’s side in a process called wall ironing. The wall ironing process decreases the can wall’s thickness by “ironing” it while stretching the can.

For DWI beverage cans made from steel, the production process requires more processing options compared to aluminum ones.

DI cans are variations of the DWI cans. While DWI cans are for beers and beverages, DI cans are for packaging food products for pets or humans. Plus, they are not normally decorated externally.

Three-piece cans are the traditional cans that consist of a lid, body, and bottom. They are commonly used for packing food but you can also use them for a few non-carbonated beverages such as fruit juices.

How Three-Piece Cans Are Produced

Below is the overview of the process of how three-piece cans are made.

Canning has become a popular method for packaging food and beverage products because of the preservation capabilities of cans. But, not all cans are made the same as you have learned in this article. While two-piece cans can be used for packaging food and beverages, three-piece cans are commonly used for food products. It is always good to know the basics when you are in the packaging industry.