COVID-19 Updates Will Be Highlighted In The Google Search Console

Chinese mobile manufacturing company Xiaomi has launched the brand new Mi 6 smartphone for sale in China. At an event in Beijing, Xiaomi CEO Lei Jun officially unveiled the new Mi6 smartphone. The device has a lot to offer its customers. Other than the launch event, Mi took to Twitter to showcase its product with image. You can see the image below. 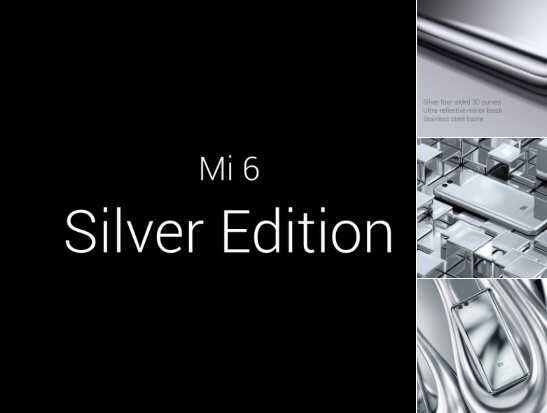 In the Tweet, Xiaomi mentioned, “Mi 6 also comes in silver, which exudes a totally different feel from the blue version you’ve seen!” So we already know that that a new color has been added to the list.

Now let’s have a look the specifications offered by the device:

1. Mi 6 sports a 5.15-inch full HD screen with reduced glare for eye protection. Mi has also sent a separate tweet about this feature only. It says, “Display is a large part of a Mi phone experience. How many of your use your phones late into the night, even when lights are out?”.
2. The phone is powered by a Qualcomm Snapdragon 835 chipset.
3. Storage options include a 6 GB RAM and 64 GB of internal storage. The storage feature is appreciable as 6 GM RAM supports flawless functioning of the phone.
4. Now let us come to the camera. Mi has introduced Dual camera before but this time it has assimilated 1 12 MP primary camera and an 8 MP front facing camera.
5, The metal body of the device is encased in four-sided 3D curved glass. The silver color adds a new tinge of excitements of Mi lovers.
6. It also brings dual front-facing speakers.
7. Another new change that has been implemented in Mi 6 is that Xiaomi has removed the headphone jack from the smartphone and kept the fingerprint sensor in the front.
8. The device is powered by 3,350 mAh battery with Qualcomm Quick charge 4.0 available.