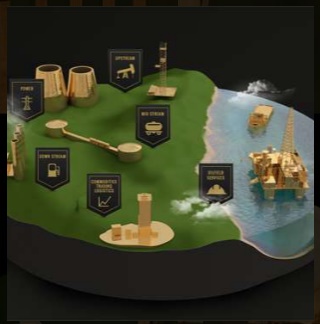 Well, have you ever thought how big the Galaxy, in which we are living, actually is? How much does it weigh? We are least bothered to be honest. The Human Being, according to the Human Nature, wants to stay trillions of miles away from such complex issues. But modern technology has remarkably grown the interests of people in such fields.

The Earth is itself a big vast planet ageing over 4.6 billion years presently with a mass of 5.972 x 10^24 kg and a radius of 6378.1 km. But these vast figures are relatively much smaller when compared to our solar system in which the earth beholds or The Milky Way Galaxy which beholds the Solar System. Let us say about the mass of the Galaxy.  S. Tony Sohn, a scientist with the Space Telescope Science Institute in Baltimore and a coauthor of the new study says “The most important physical quantity is mass. Without mass, we can’t, say, figure out how dark matter in the galaxy works and where it might be located or predict what’s going to happen when the Andromeda galaxy slams into our own in eight billion years. Mass is everything.” But how to measure its mass?

It ain’t any small thing that can be measured in a physical or beam balance. It is reported “One way is to measure the movements of other objects in the galaxy and see how fast or how slow they move based on their original position. The idea is that the more massive the Milky Way is, the more gravitational force the galaxy will exert on the objects, causing them to move faster. It’s not entirely surprising we’ve previously failed to calculate the mass of the Milky Way. The galaxy is made of billions upon billions upon billions of hot, blusterous stars, planets, and objects of all kinds of sizes, strewing about through a dark vacuum. And nearly 90 percent of everything out there is dark matter, which we have never directly observed in any capacity (we only know it exists because we can observe its gravitational forces acting on the objects that we can see). Our previous estimates for the galaxy’s mass ranged wildly between 500 billion and 3 trillion solar masses.”

ESA’s unprecedented Gaia missions evolved to serve the function of lessening the difficulty of studying such gravitational attractive motions in more than just one dimension. The prime function it serves is scanning the entire sky and catalog the at most possible number of stars, providing their 3-Dimensional velocities. Sohn and his colleagues used the second data release to track the relative movement of the globular clusters and the agglomerates of stars. The group had successfully characterized about 34 different globular clusters 65k Light Years away. Gaia’s limitation is that it cannot peer into space with incredible depth which is not in the case of its width. Sohn and his team shored up their data collection using decade-long, Hubble observations of 12 other clusters as far as 130,000 light-years from Earth. The team then made necessary derivations and calculations and thus assumed the mass to be1. 5 trillion solar masses in the Milky Way.

But according to Sohn the numbers aren’t perfect or near to perfection. In fact, it is only about 30-40% accurate. Gaia can’t see upto such a farther distance, it is limited to what is closer to the Earth and do up approximations and calculations based on the best tools they have. Still, such a research is a massive boost up to the scientists and also a high advancing step towards its further research with more clarification and accuracy and with every advancing step the progress will gradually come to a successful end.