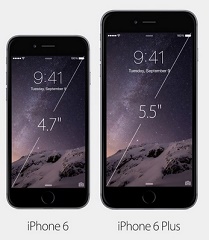 Apple Watches, like many Apple products, have established themselves as one of the most popular pieces of tech in the wearable technology space. However, despite Apple’s goal to make their products as user-friendly as possible, it can sometimes be a little confusing, knowing what connectivity options you have for your Apple Watch.

In particular, the question, “do you need an Apple Watch cellular plan” can cause a lot of confusion among consumers.

And, in true keeping with the confusing nature of modern technology, the answer is; it depends. Mostly it depends on what version of Apple Watch you have, but also on what you consider an Apple Watch data plan.

Don’t worry, we’re going to go into plenty of detail in this post, so let’s get started.

The Type of Apple Watch Matters

The first thing to establish is what kind of watch you have. Not all Apple Watches have cellular capabilities, so it stands to reason that you would not need a cellular plan for those watches. So now, when building an application, mobile app developers should think ahead and create an extension for the apple watch as well?

The earlier models of the Apple Watch did not come with a cellular option at all, and the more recent models come in cellular and none-cellular flavors. If your model does not state that it is a “GPS + Cellular” model, then it can’t use a cellular plan. The model breakdown looks like this;

Do I Need a Cellular Plan?

Once you have established that your Apple Watch supports cellular, the next question to ask yourself is whether you need a cellular plan. Many of the watch’s features will work just fine without a data connection, and all of the functionality of a connected cellular watch can be replicated with a connection to your iPhone.

What this means in practical terms is that if you don’t anticipate the need to leave your phone behind when you head out wearing your Apple Watch, you probably don’t need a cellular plan, as your phone can take care of the connectivity side of things.

What If I Want to Leave my Phone Behind?

This is where things can get a little confusing. If you don’t want to take your phone out with you every time—perhaps you’re jogging or doing something active and don’t want to risk damaging it—you would need a cellular connection to make use of all the connectivity-dependent features of your Apple Watch.

Still, that doesn’t mean you need a dedicated plan just for your Apple Watch.

Apple Watches use what is known as an eSIM, which is essentially a sim card alternative that comes in the form of a tiny chip inside your device. Many cellular service providers allow you to share a cellular plan with a compatible eSIM device, and Apple Watch tends to be on the compatible devices list for most eSIM-supporting carriers.

So, in this case, you would not need an Apple Watch cellular plan, because you would be able to simply share the cellular plan you already have for your primary phone.

Of course, you may not be in such a convenient situation. If your carrier doesn’t support eSIM sharing, or you somehow don’t have a cellular data plan already, you would need to take out a separate data plan for your Apple Watch. However, there won’t be many people who have no cellphone but do own an Apple Watch, and the number of carriers supporting eSIM plan sharing is going up all the time.

How Does eSIM Work?

In its simplest form, an eSIM is just a digital sim card. Rather than putting a physical card into your phone, your carrier will send you a virtual sim card, saving the need to wait for a card to arrive in the post, and eliminating the risk of losing your sim card. eSIMs also reduce the amount of physical space required inside a cellular device, allowing for devices like Apple Watches to offer independent cellular connectivity.

The only real disadvantage to an eSIM is that if anything were to happen to the device, any data on the eSIM would be lost, whereas a traditional sim card could potentially be recovered. That being said, sim cards are not capable of storing a great deal of information, and people rarely save data to their sim cards anymore.

So, now you know the technical aspects, should you get a GPS + Cellular Apple Watch, or settle for the Wi-Fi only variant?

There is no question that the GPS + Cellular version offers a great deal of independent functionality that the Wi-Fi version can’t match. Being able to leave your iPhone at home and still have many of the capabilities you would use your phone for is an undeniable mark in favor of GPS + Cellular.

There are other advantages that come with the GPS + Cellular versions, such as more memory, stainless steel build options, and other features such as Apple Music streaming support.

Ultimately, the main—and potentially only—reason to go with the Wi-Fi only Apple Watch is the cost. You’re going to be paying over a third more for a GPS + Cellular watch, and you may find yourself having to pay more in the long run, depending on your service provider and cellular plan.

But, if the additional costs are not an issue for you, there is very little argument to be made against going with a GPS + Cellular Apple Watch.

As IoT (Internet of Things) devices—and wearable tech in particular—become more widespread, consumers are likely to demand more solutions like the eSIM, and more service plans that are specifically suited to the way those devices are used.

Even by the frenetic pace at which technology advances these days, we are still in the very early days of this kind of IoT technology, and there should be many exciting advancements in the not-too-distant future to look forward to.