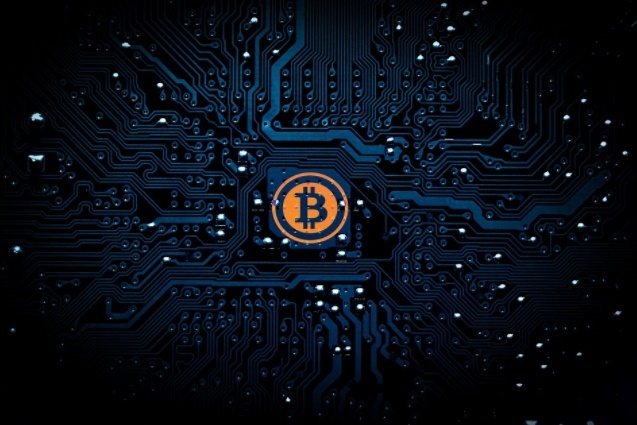 How Legit is Bitcoin Revolution?

We may be a long way from Jetsons-style flying automobiles, but the cars of the future will still be very fascinating, at least based on these concept cars. Various cars are now having a self-driving feature and also have advanced artificial intelligence that can respond to a driver’s behavior and even mood.

The vast majority are electric, indicating a zero-emission future for the vehicle industry. With lounge-like interiors, panoramic roofs, widescreen displays, and aromatherapy amenities, luxury reaches new heights in the cars of the future.

Although many of these concept automobiles will never be produced, there are a few that you might be able to drive one day. Continue reading to learn more.

VW’s futuristic yet functional van, which debuted at the 2001 Detroit Auto Show, seemed ahead of its time as a modern yet functional van with conveniences that are normal for the current generation, but were virtually unheard of back then. The phrase “Mom Van” would not exist if this concept had gone into production when it should have.

The “Bus” (as the cool kids nicknamed it) included motorized sliding slide doors, a ceiling-mounted LCD TV, a rear camera, and a 3.2-litre V-6 engine, among other features. This was the one that got away, with three rows of seats and monitors.

The GR-1 was the successor to the successful Ford GT and was based on the 2004 Shelby Cobra concept roadster platform, which featured a 6.4-liter V10 engine with 605 horsepower. What is its worth? It was once auctioned for USD $82,500 at Sotheby’s. The body panels were made of polished metal, which would have weathered the test of time, especially now that chromed-out cars are becoming more common on the streets.

Apart from having a unique look, it’s also extremely durable. However, you can improve your safety by attaching some car bumper custom to your car, which is designed to reduce low-speed collision damage by absorbing the impact.

This concept, a cross between a Jeep and a Mini Cooper, would have been the ideal vehicle for explorers and outdoor enthusiasts. The vehicle’s open concept screams, “Adventure Time!”

The Mini Beachcomber was first shown at the 2010 North American International Auto Show as a teaser of the Countryman crossover. It’s essentially a dune buggy-style ride designed for entertainment. The Comber, a modern take on the Mini Moke, was said not to be safe enough to pass crash tests. Maybe it’s because there aren’t any doors.

For those who have some confusion in their mind, we are not talking about the next iteration of Batman’s Batmobile. At the 2008 North American International Auto Show, the Advanced-Breakthrough Aerodynamic Truck, or A-Bat, was unveiled.

With its aerodynamic lines and distinct styling that sets it apart from the competition, this hybrid pickup truck was designed to seem like a car. This hybrid had it all, including 19-inch alloy wheels, solar panels, a 4-foot bed, a sophisticated interior design, a 7-inch display screen, internet access, and more.

Do you know what FT stands for? It’s Toyota of the Future. The FT-1 is a concept automobile that is close to manufacturing and is the successor to the popular Supra of the 1990s. Although the vehicle’s technical specifications are mainly unknown, it is known that it will have a front-engine, rear-wheel-drive design. It will also have an F1-inspired steering wheel, a low-slung cockpit, and a Heads-Up Display just above and in the line of sight of the driver.

Do you want to learn more? Toyota is expected to release more information by the end of 2015 or early 2016. What’s even more astonishing is that the FT-1 is a playable vehicle in Gran Turismo 6.

When a concept automobile is truly a concept car, you can tell. Cadillac Sixteen

This car had cameos in Top Gear, Adam Sandler’s Click, and Hugh Jackman’s Real Steel since its launch in 2003. Let’s hope it shows up in other places, and maybe someday in the streets as well.

The Jaguar C-X75 is the greatest manifestation of Jaguar’s design and engineering innovation, and it was created to commemorate Jaguar’s 75th anniversary. The C-X75 concept, while not planned for production. It will, however, be used to continue Jaguar technology research and developing new and innovative features.

The Sesto Elemento is a work of super lightweight engineering that showcases Automobili Lamborghini’s unparalleled skill in all aspects of carbon-fiber technology. This very limited edition Supersports car boasts unequaled performance because of its exceptional power-to-weight ratio of under 1.75 Kilograms per horsepower.

The 103EX is Rolls-first-ever Royce’s vision vehicle. The car’s proportions, form, space, and materials can all be customized by the buyer.

The concept automobile has a fully retractable roof canopy and an interior space that is meant to be private and peaceful. This futuristic car is also equipped with an AI companion, which is known as Eleanor.

This futuristic concept car concept of Mazda combines front-engine parts, rear-wheel-drive sports car style with the brand’s next-generation SKYACTIV-R rotary engine. It reintroduces Mazda’s rotary engine, which was phased out along with the RX-8 in 2012.

According to Road & Track, Mazda stated at the time of its publication that “bulk production [of rotaries] is currently on hold” and that the car is a “vision of the future that Mazda aspires that one day it would transform into reality.”

Infiniti’s first full-electric concept car is the QX Inspiration, which was introduced in 2019. Its appearance is inspired by Japanese style and architecture, with origami-like creases along the length of the body. Its inside is designed to seem like a lounge, with an open feel, a handcrafted quilted leather backseat, and ambient lighting inspired by the colours of Japanese spring.

The QX Inspiration, like the Q Inspiration, will not be produced but will serve as a guide for Infiniti’s future array of crossover vehicles, according to Motor Trend.

Automobiles that are prototypes are a big part of the automobile industry, and they’re easily one of our favorites. They are built by automakers for a variety of reasons, from previewing upcoming vehicles to showing off their new technology. As expected, the decade of the 2021 has been brimming with great concept cars that piqued the interest of various automobile enthusiasts.