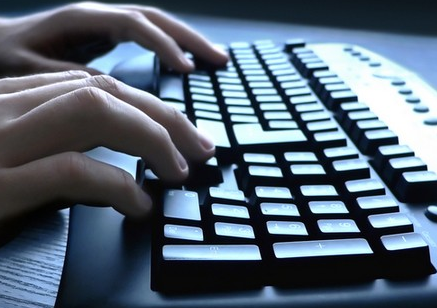 Research says computer program can be biased as well

It has recently been the talk of the industry that Google has taught the robot dog some new skills and it is not programmed. Let’s get deep into this article to learn how.

Google took a new step to make the quadruped robot learn and mimic a real dog. They have witnessed the results where the robot dog picked up the behavior of a real dog by studying its movements. It is not the latest thing for the robot industry to train a robot by making it mimic activities, there surely are various examples. But making a robot learn and adapt real dog’s behavior from videos is something new. This where AI comes into play. According to Google’s recent article, their researchers have developed an amazing AI system that makes the robot-dog as agile as a real one by learning its motions.

Well, the researchers speak that reverse-engineering agile actions seemed to be a mammoth task. Downloading all the information into the brain is not as easy as it sounds. They figured, perhaps trying to make the robot-dog imitate the activities of the real one can work. Before getting into these details, let’s know a little about the robot. The quadruped robot is Laikago, named after the first animal, to orbit Earth, the Soviet space dog, Laika. It is a four-legged robot that has a rectangular body and skinny legs. It is being trained to behave like a real dog, i.e, walk, run and even wag its tail.

To bring this into practice, the researchers used data analysis by compiling about 200 million samples of real dogs’ behaviors. They used a virtual version of the robot dog that could be made to mimic the activities of a real dog. The motion capture of a real dog was played from where the virtual version could pick up actions. Considering the possible interpretation errors, the virtual version of the dog or the AI version was exposed to the stop-motion videos that were compiled from the plethora of data collected. The AI system combined the possibilities of behavior in the real world and addressed it with a toolset that could help enact in the same way. The researchers used reinforcement learning ( an area of machine learning), which stimulates the software to complete tasks as per the environment. As the knowledge (algorithm) has been built up in the AI system, its “brain” is uploaded to Laikago, the robot dog. Taking from here, Laikago started to behave almost like a real dog. Although they both are quadruped, Laikago’s body is quite different from a biological dog, given the flexibility and muscles in a real dog, the reinforcement algorithm really managed the digital version to adapt and imitate the behavior without directly copying its mechanics.

Yes, “almost like a real dog” because a robot without a spine, flexibility and considering various other factors cannot be a replica of a real dog in the real world. Though Laikago could carry out the actions which it picked up from the motion video of the real dog, a lot of steps were involved to make it possible. The researchers mapped randomized dynamics in the simulation to a numerical representation using an encoder which seconded the robot control policy. But the encoder was removed during deployment and instead used the variables directly for the successful behavior performed by Laikago.

The researchers of Google claim that they were able to execute the system under eight minutes of real-world data across 50 trials approximately. They also claimed and demonstrated that Laikago picked up various motions such as pacing and sometimes a dynamic hop-turn. It could also spin and walk backward.  The researchers from their work comprehend that it wouldn’t have been easier or faster if they had tried to code the behavior of the robot dog instead of using the method of simulation.

However, Laikago is yet to learn all dynamic activities like high jumps or runs as it couldn’t be as stable as a biological dog when tried. Taking into consideration the motors instead of muscles, and a lot stiffer, it is troublesome for Laikago to get back on its feet after stumbling or tripping and couldn’t be worked on for the time being.  Although, the researchers believe that considering the background of robots, there is a benefit of advanced studies on the topic for years and they look forward to developing complex systems that can imitate more complex and fancy actions without fail and without a doubt with dedicated and persistent result Google will be able to bring to the real world a more life-like robot dog.