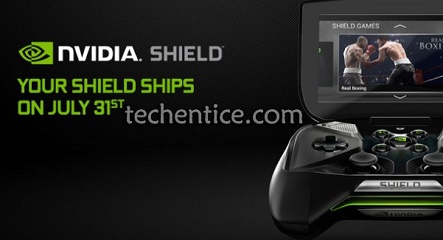 Remote monitoring has been a staple of science fiction for years. Everything from homes to starships could be monitored from a distance.

And like so many predictions of sci-fi, the dream of remote monitoring is being realized by the birth and growth of the Internet of Things (IoT).

The Internet of Things is a global network of devices that connect to the internet. The first IoT device is believed to have been an internet-enabled Coca Cola machine installed on the campus of Carnegie Mellon University.

Each IoT device can be identified on the network of devices by its RFID (radio frequency identification), adding coherence to this ballooning mass of “smart” devices.

The term “Internet of Things” was probably coined by Kevin Ashton of Procter & Gamble in 1999, while a device-to-device internet was part of Bill Joy’s 1999 “Six Webs” framework.

What Is a Remote Monitoring System?

“Remote monitoring” has a whiff of Orwell about it, but the reality is much more pedestrian. Remote monitoring involves monitoring a thing or condition—whether it’s the temperature of a room or the fuel status of a car or the status of an electronic door lock—from a distance.

Local area networks—essentially, private secured WiFi or Bluetooth connections—used to be the extent of remote monitoring.

But internet-connected IoT devices up the ante. Since they connect to the Cloud, which can be accessed anywhere using cable, cellular, or satellite data connected to the public-facing world wide web, these devices can be monitored from anywhere in the world where there is an internet connection.

How IoT Has Grown

Today, an estimated 20 billion devices are connected to the internet, more than double the world’s human population, forming the IoT in the form of smart home devices, wearable medical technology, smart vehicle devices, and more.

Why Remote Monitoring Systems Are Valuable

The ability for devices to connect to the internet and automate data recording has enabled remote monitoring on a mass scale. Able to connect to the internet by hard connections, WiFi, or cellular data, IoT devices make data available, in real time or close to real time, anywhere in the world. Dickson has a good breakdown of remote monitoring systems if you’re interested in learning more.

Applications related to remote monitoring include:

Smart home applications like Nest, Amazon Echo, Apple HomeKit, and Google Home turned heads for their ability to intelligently control the climate and automate home lighting. Some of the most useful applications of smart home technology, however, involve remote home monitoring. For example:

More importantly, they enable elders to set emergency alarms that enable family members or emergency responders to render quick aid in the event of a sudden illness or injury. IoT devices enable such remote monitoring to be voice-activated, even more accessible than a “panic button” which could be dropped out of reach in the event someone is suddenly incapacitated.

IoT devices are on the forefront of remote monitoring of patient vitals in healthcare. It used to be that healthcare statistics could only be recorded if a patient made a visit to the doctor’s office. IoT devices can now either be worn or implanted into patients to return constant healthcare data to the Cloud.

This is a major breakthrough in healthcare monitoring, arming healthcare providers with a wealth of data about the patient’s condition between clinic visits. Examples include:

Remote monitoring of biometric data by IoT wearable devices and implants portends not only a revolution in preventative care—health care vs. sick care. Through advances in AI data analysis, medical professionals can use the vast quantities of data collected by remote monitoring IoT devices to map patterns of diseases and chronic conditions, enabling early diagnosis and more effective treatment.

A 2015 report by Goldman Sachs estimated that IoT devices could reduce the financial burden of healthcare on American consumers by as much as $300 billion.

Digital data loggers had already existed to monitor the temperature of cold chains, the humidity in warehouses, the pressure and voltage of machinery. These digital data loggers left far less room for human error in the recording of conditions foster quality assurance and regulatory compliance.

Previously, if the temperature, pressure, or humidity of an environment lapsed out of the compliant range, you might only know after a shipment or production line was spoiled, a machine damaged, etc. The data from the data logger could tell you when and where the failure of environmental control occurred, but by then the damage was done.

Remote monitoring of IoT data loggers opens the door for Cloud-connected devices like smartphones to receive notifications from a Cloud-connected data logger if conditions fall outside of certain parameters. Managers and employees can respond quickly to correct conditions, saving the company from costly losses or lapses in compliance.

While the Internet of Things portends many futuristic developments, the widespread application of remote monitoring remains one of the most promising. It opens up new vistas of security, public safety, and health consciousness, worthy of a truly digital age.