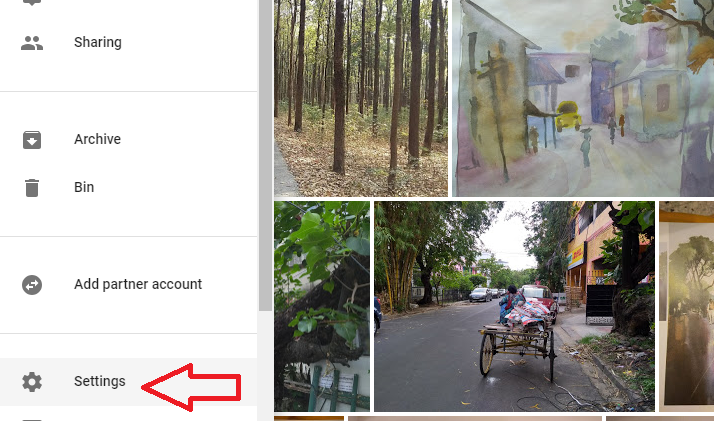 How To View Your Activity Log in Google Photos ?

Google Photos is one of the most popular photo sharing and editing applications from Google. It is available for Android, iOS and the web version for any PC operating system like Windows and Mac OS X. The most intriguing feature of Google Photos is that it provides unlimited storage to users. Besides this, Google Photos application is extremely well crafted that outdoes any photo editing application. The in-built artificial intelligence enables Google Photos to develop animations, videos, boomerangs, collages and beautifully edited versions. You can edit images, videos, crop them and create beautiful collages. The same things are done with the Google Photos on its own.

Google Photos allow you to share albums with your Google contacts. Usually, we know that Google Photos extracts live location information and tag the photos to that particular location. This process is called geo-tagging. Not only Google photos, but many other applications tags location. The Geo locations are extremely helpful as it gives you the exact location where you captured the snap. It also sort all your pictures and videos based on the locations. While sharing albums with your contacts, you may find that the locations are also shared with the contacts. It is obvious that you may not want to share geo locations in the links. In that case, you can turn off geo locations. The following tutorial will show you how.
Check out the steps below: 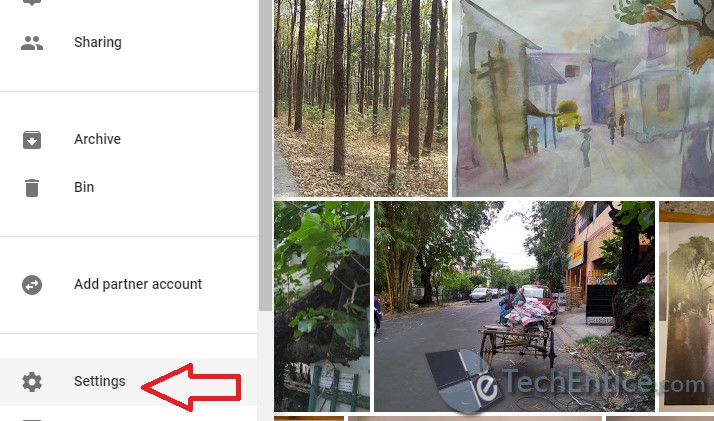 2. As Settings open, there is an option called Sharing. Under sharing menu, there is a sub menu called Remove geo-locations in items shared by link. By defaule, the feature is turned off. 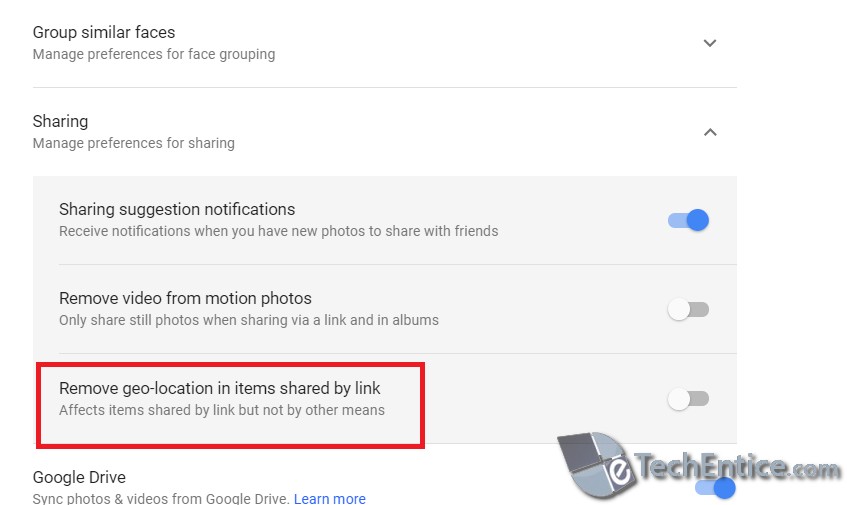 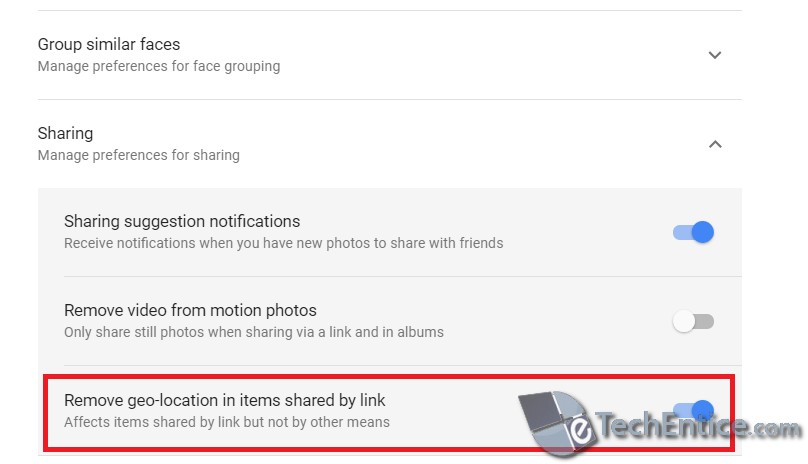