The sun is virtually an inexhaustible source of energy. Owing to the over exploitation of natural fuels, people are now leaning towards the adoption of solar energy as the primary source of energy. This is definitely a great approach but it has a huge number of problems. The first and the foremost is the subject of our discussion today. The main shortcoming that doesn’t allow us to embrace solar power as the only energy source is that we get the sun only 12 hours a day but we need power and energy 24 hours a day. How to utilise solar energy for the entire day despite of the absence of sun for 12 hours? The scientists and researchers at Massachusetts Institute of Technology always come up with the craziest and impossible ideas and here it is! 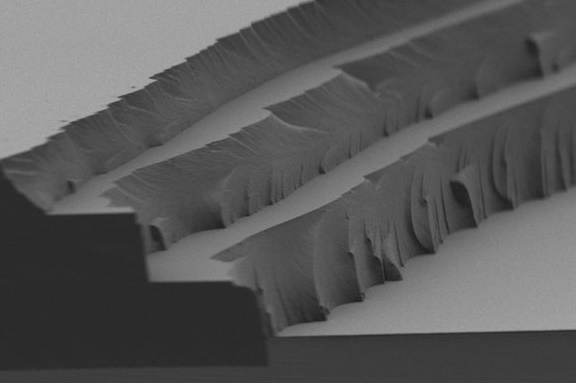 Whatever preservation methods have been adopted till date, those have revolved round electricity. This time MIT has done something unique, that is harnessing solar energy by deploying a highly efficient method through a chemical reaction and then releasing it later as heat. MIT professor Jeffrey Grossman, postdoc David Zhitomirsky, and graduate student Eugene Cho, wrote in their publication that the key idea is to store the solar energy in a chemical change rather than storing the heat itself.

The professors are working on developing a new material. The new material is made up of a molecule that can exist in any one of the two stable states. If the molecule is exposed to sunlight, then energy of the light transforms the molecule into “charged” configuration. The molecule will have the ability to retain that heat for long periods of time. Now when it will be required to extract the energy from the molecule, the molecule will be triggered by a very specific temperature or other stimulus. This makes the molecule go back to their original shape dissipating a huge amount of energy. The material in process will be called solar thermal fuel. The layer-by-layer solar thermal fuel polymer film comprises three distinct layers (4 to 5 microns in thickness for each). Cross-linking after each layer enables building up films of tunable thickness.

Check out the abstract of the project:

Closed cycle systems offer an opportunity for solar energy harvesting and storage all within the same material. Photon energy is stored within the chemical conformations of molecules and is retrieved by a triggered release in the form of heat. Until now, such solar thermal fuels (STFs) have been largely unavailable in the solid-state, which would enable them to be utilized for a multitude of applications. A polymer STF storage platform is synthesized employing STFs in the solid-state. This approach enables uniform films capable of appreciable heat storage of up to 30 Wh kg−1 and that can withstand temperature of up to 180 °C. For the first time a macroscopic energy release is demonstrated using spatial infrared heat maps with up to a 10 °C temperature change. These findings pave the way for developing highly efficient and high energy density STFs for applications in the solid-state.