MIT’s MultiFab 3D printer can use 10 materials at once

In a world which is fast progressing and gifting us with the best of smartphones and smart gadgets, there are still places where people have to travel miles and get their mobile phone battery charged by paying some bucks! This crisis led researchers of Case Western Reserve University to introduce the pedal-powered phone chargers that would readily solve this problem once it makes its way to the market. The pedal-powered phone chargers, as the name suggests will consume the energy produced by pedaling a cycle or similar vehicle. This type of charger will be a winner in rural and remote areas as most people ride miles through out the day for earning livelihood. 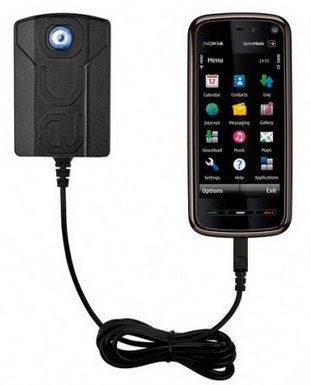 Researcher Samuel Crisanti said,”Many of those living in rural areas have cell phones, but with the electricity shortage, they face a lot of difficult to charge the batteries.” Hence, it is quite obvious that people travel large distance in order to charge their phones. He also added around 60% of people have cell phones but only one-fourth of them have access to electricity. So the biggest enemy is the curt electricity that refrains the people from getting seamless connectivity via mobile phones. The pedal-powered chargers would replace this scarcity.

They briefly outlined the plan they have adumbrated for making the pedal-powered phone chargers. According to the researchers, “Gears change the motion of a foot pressing on the pedal (think of a pedal for a drum set’s base drum, not a bicycle pedal) into circular motion that powers a generator. Like a ratchet tool, the gears spin only in one direction.”

Samuel Crisanti with a vision to develop ‘Engineering for the World’s Poorest came up with this project with partnership with another researcher Ian Ferre in 2014. This idea was appreciated by Professor Daniel Lacks who magnanimously urged them to apply for grants to carry on the project. Finally the researchers duo jointly won a $15,000 grant. The amazing duo have already contributed in innovating several prototypes which rely on ratchet mechanism.

Besides charging a mobile phone, these chargers can power small lamp with LED bulbs. Crisanti and his partner Ferre spent nearly $12 dollars to come up with a 3D print of the latest lightweight-and-portable version. This is definitely going to an indispensable companion of the rural life once it comes real.