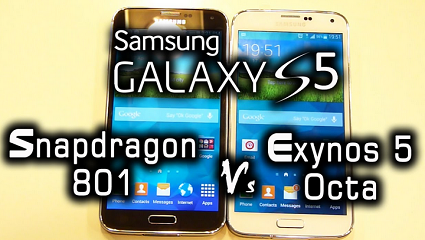 Just this week Samsung came to terms with Ericsson by throwing money at it. Samsung agreed to get some license from Ericsson’s patents which bring to a close a very complicated patent war. Also this week, both Samsung and Google agreed to cross-license their patents for the next 10 years. The agreement includes existing patents and new patents that will be awarded within the next 10 years. The moves came at the juncture as Samsung wages war against competitors where the smartphone battle is done at the courtroom and not at the marketplace.

Samsung is ready to rumble

If you read between the lines, Samsung is arming itself for a counter-offensive against the powers that hinders its march. Samsung is a very likely target being the top smartphone seller in the world. Apple has been going at Samsung for quite some time and the battle is tit-for-tat at best. Samsung wins while there are times that it loses. It is a very complicated battle that there is no clear winner.

Samsung is fighting back

Samsung has been dragged by Apple and some other ODM in court for allegations of patent infringement. The saga with Ericsson is done and over with. But the bigger battle is against the consortium that bought the patents from also-ran Nortel. Now, with the help of Google—Samsung has enough ammunition to level the playing field. It will be using the help of its partner to wage war against the powers that may be if indeed there would be an epic battle that will ensue.

The new partnership with Google and Ericsson means that Samsung will be able to venture boldly to areas of device development like never before. It will be able to seek the limits of its innovation. Perhaps it will no longer hold back for fear of getting entangled with the web and intricacies of patents. Samsung knows that it can only move forward with product innovation if it has a free hand to use patents to its own creations.

The bottom line here is that Samsung is ready to face any challenge. It is poised to maintain its lofty position as king of smartphones. Even if it may eventually ditch Android for its own Tizen—the partnerships are insurance policies that Samsung took to make sure that it would be insulated from the grimy battle that may ensure in court.