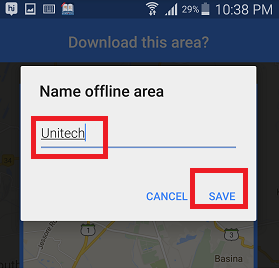 How to download the map of an area in Google Maps and use it offline?

Just like Microsoft skipped Windows 9 and jumped to Windows 10 straight from Windows 8, Samsung is rumored to adopt the same naming strategy but for its Note series. Yes, you read it right. The much awaited and much coveted Note 6 which was scheduled to be arriving sometime this year, may not see the light of the day. No, it doesn’t mean Samsung will not launch Note 6. It means the company is planning to drop the name Galaxy Note 6 and move straight to Galaxy Note 7.

The news of this unusual decision by Samsung has been propagated by Sammobile who are reputed in bringing genuine news about the company. The reason behind dropping the Note 6 name is nothing but bringing parity between the names of S series and Note series. The serial number of Note series lags behind that of S series by 1. Even though both of the devices are high end, but people often mistake the Note phone to be outdated just because of the lagging serial number.

“When Galaxy Note 6 that has its model number lower than Galaxy S7, which is the newest model, is released, it can give out a feeling that it is an outdated phone,” told a high-ranking official of the company. It’s been also speculated that Samsung is going to introduce dual-edged screens for the Note series for the first time. Moreover, the company will launch two different variants of Note series- Galaxy Note 7 and Note 7 Edge, just like S7 and S7 Edge.

The devices are expected to release sometime around August 2016. However, the time of release is not yet confirmed.