The term backdoor sounds a little awkward in computer terminology. But you should take note that it can be very dangerous if it is on your computer system or network. Now the question must be about how dangerous it can be and what it can do.

In this article, let us explore what a backdoor is and how hackers make full use of it to exploit your system and data.

What is Backdoor Attack?

Backdoor is nothing but a malicious software, hackers use for bypassing traditional encryption methods on a computer. In this way, they can enter a system to exploit personal data such as passwords and other important information. On the contrary, backdoors are also made for so-called good purposes. In a situation where a system admin loses access or anything as such, a backdoor is the only way to get to all the data.

The usual scene is that victims are mostly unaware of a backdoor is installed on their computer. The same is a problem since the users are ignorant about the fact that outsiders can access and sell their data on the dark web.

Backdoors have been existing for a long time and where they were put by creators primarily. For instance, the NSA had deployed the encryption chip for both computers and phone. The encryption chip came with a built-in backdoor, and all of it was done in the year 1993. The purpose of the chip was to keep sensitive information secured along with allowing law enforcement to listen in on voice and data transmissions.

Another such example goes with Sony and dates back to the year 2005. It had installed rootkits into CDs that automatically got installed into systems it ran. This rootkit could monitor the user’s listening habits and send the data back to Sony servers. This was one of the biggest scandals that happened in that year and has been stretched till today.

Since the backdoor is not physical, it is quite a task to spot it. In rare cases, hackers get into your system through backdoors to destroy your system data. Otherwise, it is mostly used to get the data and sell them elsewhere.

A spying team or a blackhat hacker looks for loopholes in your system. The whole intention of such people is of catching a snap of sensitive info, and they do it without leaving any traces. When things are done perfectly, nothing is left behind. It is indeed challenging to accomplish and can be handled only by most expert hackers. Because usually while copying files from the exploited server, hacker tends to leave a route that can be traced back.

The hacker might plant some well-crafted malwares on your system, which is enough to create chaos without much effort. It is the easiest way to do it and can be escaped easily. If the system is secured enough, then such intrusions can be easily detected as they involve heavy data transmission across the network.

Also Read: What Is Fleeceware? How To Protect Your Devices From Fleeceware Apps?

There are three primary ways in which backdoors appear on your computer system. They are usually done by developers, created by hackers, or just discovered.

This is considered as the most dangerous kind of backdoor on your system. Application developer creates backdoors intentionally so that they can access the system as and when required to. However, they usually do it to give law enforcement access, spy on citizens, or if a rival is selling the product.

Most hackers try to get access to your systems backdoor, and when they do not find one, they create one instead. To make this work, the hacker tunnels through their system to yours. Alternatively, the hackers use some trick software on the item that lets them access the computer from any location. And this is how hackers get access to important data on the victims’ system.

Backdoors are easily noticed from remote access locations, and that’s how tools are designed to make this happen.

You May Like: Thunderspy Security Vulnerability: How To Deal With It?

How to protect computers against backdoors?

This is a mammoth task since finding a pre-installed backdoor is difficult in the first place. But the other kinds can be managed in some obvious ways.

All kinds of internet security issues such as Ransomware, Rogue software, Rootkits, Botnets, RATs, Malvertising, Phishing, Drive-by-download attacks, Online Identity Theft, are going to thrive for an extended period. To keep your system and data protected, you have to keep an updated antivirus, firewall, heuristics, etc. There are a lot of paid options that can help you and you should have the habit of taking such measures.

Backdoors are also a considerable threat to your data, and anything can happen to it. If you want to keep off the ugly stuff out of your life, make sure you follow the steps of all kinds of protection to your system. 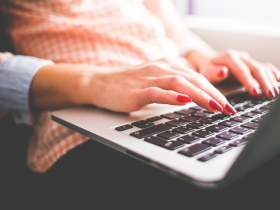