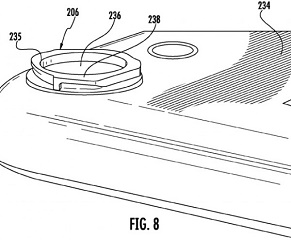 Camera mechanism that you may expect in iPhone 6

Today’s action cameras have achieved the milestone of both software and hardware level stabilization. The word itself elaborate on the true meaning of 360 actions, including climbing a mountain, sailing over the sea, riding a bike on rocky cliffs, or diving into the deep ocean. Today’s action cameras are coming with a climate shield that smoothly functions in extreme climatic conditions. With ever-developing technologies, today’s action cameras are equipped with activity sensors, front-facing camera screens, and many more. It’s challenging to find the best action camera that best suits your pocket and requirements with so many options. This article shall help you in finding the right action camera by looking into the below factors,

GoPro Hero9 is considered to be one of the best action cameras of 2020 due to the below highlights,

GoPro Hero8 is lightweight and handy as compared to other generations. If you compare Hero8 with the latest flagship, you will miss only a few features such as 5k recording and a face facing camera.

DJI did good research, and after gathering user reviews, they entered into the market of Action Cameras with a front-facing selfie screen. DJI is known for its world-class drone cameras, and surprisingly they did a great job by bringing the hardware and software stabilization to the action camera series.

The older gem is here at a bargainable price, which is a great deal compared to other generations and competitors.

Do you want a 360-degree action camera without interchangeable lenses? Then, Insta360 One is the right action camera for you. This camera comes with three lenses capable of recording crisp 360 degree 4K videos without any mods.

Sometimes you need a handy and proper IP68 rated action camera to jump into the sea without thinking much. This tiny action camera can be the best companion for your upcoming adventures due to its exceptional portable dimension and provided accessories. Let’s talk about some eye-catching features of this action camera,

Ricoh Theta SC2 is a pocket-friendly budget action camera that fits easily in your hand without any accessories. This action camera allows you to capture spherical 360-degree videos and photos with the utmost ease. The Ricoh series is designed to match your style, i.e., it comes in four elegant colors, select the one that matches your mood and personality.

If you are looking for a perfect action camera yet budget-friendly, then the AKASO Brave 7 LE can be the one for you.