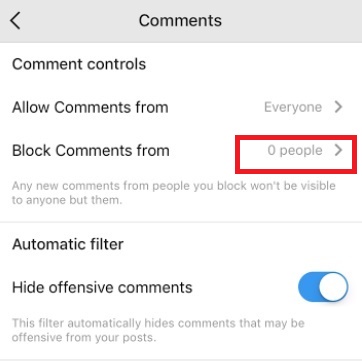 How To Block Comments from Specific Users on Instagram (iOS)?

Facebook and WhatsApp are the two biggest social media platforms used by the maximum number of users. We know that Facebook has a state of the art sharing and posting feature. Once upon a time Facebook allowed users to post only text, photos and videos, but now the elements that can be shared have increased significantly. Users can now post Stories, poll, activities, notes and so on. The extent of shareable contents is enormous. We share posts of other people, pages, groups, etc. We also save text, images and videos from Facebook to Phone and then share it on WhatsApp with our contacts. The frequency of sharing content on Facebook with WhatsApp contacts is burgeoning with great pace. Keeping in mind the preferences of people and receiving feedback from people via surveys, Facebook has included a new feature where you can share a Facebook post directly on WhatsApp.

However, right now our topic is about Facebook Stories. Facebook has taken over the Stories concept of Snapchat, Instagram . If you have used it then you must be well accustomed with the Story concept and you won’t face any difficulty using the Facebook version. But if you are a new user and have not used any Stories feature on any app, then read on. Facebook Stories are certain posts that lasts for 24 hours only. After that the Stories disappear. You can post pictures, GIF, animations, videos and many more fun things on Stories. But just because Stories last for only 24 hours, many users do not use it despite liking it. So, Facebook introduced the option to simultaneously post and add it to the Story. The following tutorial will help you to create a pos and Stories simultaneously on Facebook.

Steps To Create Posts and Stories Simultaneously On Facebook

1. Open Facebook App from your Android or iOS device. Now upload any snap or text. You can also share any public posts of a friend. 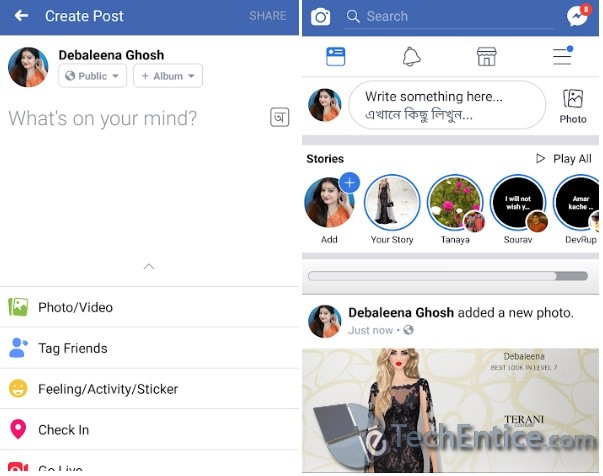 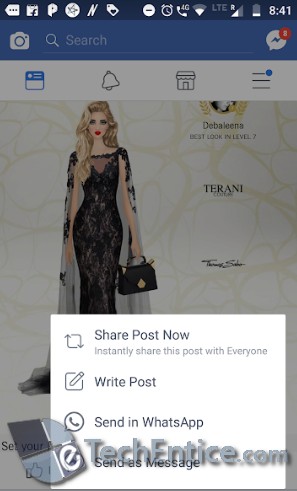 3. The Share To window opens. Check both the options News Feed and Your Story. 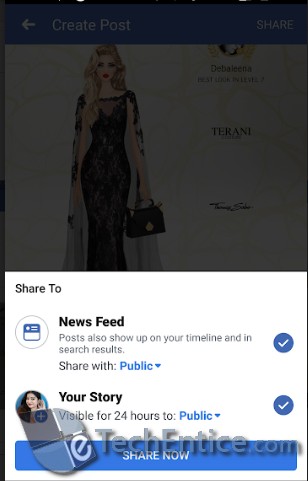