Images of the plastic phone “HTC One M8 Ace” leaks

SAMSUNG GALAXY S5 LTE-A is going official in South Korea and the device is coming with enviable features and exciting colors. But mo reason to slurp if you are not living in South Korea. This phone is made exclusively for South Korea. This phone is going to bag the title of being the first phone to possess a Snapdragon 805 processor, Krait 450 cores, 3GB of RAM, 225Mbps LTE-Advanced network speeds. In addition to these exciting specd the 32GB internal storage and support for 128GB microSD card are cherried on the cake. 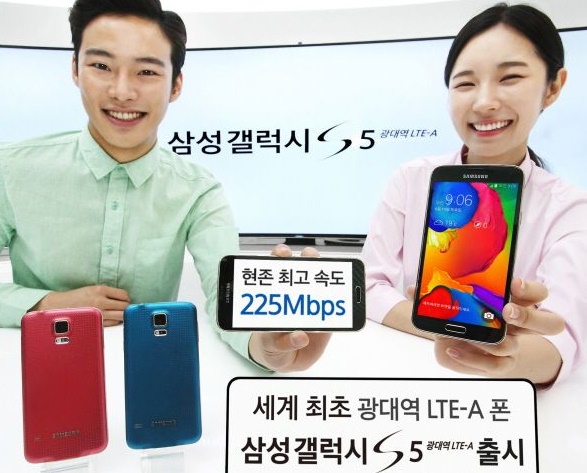 The phone will arrive in six ravishing colors like Charcoal Black, Shimmer White, Electric Blue, Copper Gold, Sweet Pink and Glam Red. Other features include the S5 LTE-A features a 5.1-inch 2560×1440 WQHD Super AMOLED display for 577ppi. Fingerprint scanner, IR blaster, heart rate monitor, 16MP ISOCELL rear camera are the other great features. S5 LTE-A will run Android KitKat 4.4 along with IP67 certifications. The phone weighs 145gm not that light I guess. But one feature that is yet to be tested is the battery life. It’s a question whether 2800m Ah battery can perform up to the mark.