Huawei has announced its Virtual reality headset which will be called Huawei VR. The headset bears resemblance to Samsung’s Gear VR in terms of functionality. The Huawei VR has to be used by taking off the front cover and then fit in the slot of Huawei’s recently launched flagship device P9. Now the entire system has to be fitted to head with the aid of the straps. 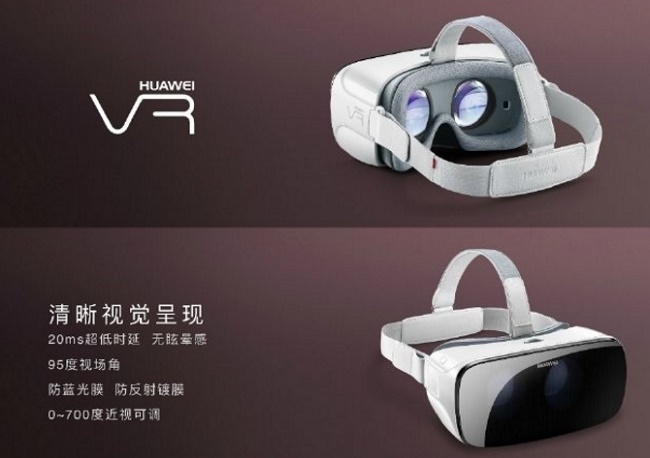 It’s been reported that Huawei will offer the VR headset in three sizes, so that you can choose from any variant of P9 as well as Mate 8. OEven though Huawei VR bears similarity with Samsung’s Gear VR, but one difference is that Samsung’s VR is only compatible with phones that have 2560 by 1440 pixel displays, whereas Huawei’s VR is compatible for handsets with a more modest 1920 by 1080 pixel display. This means a comparatively lower resolution but more devices be added in the list.

As per reports from several tech new channels, Huawei is targeting mainly the Chinese market. the price and date of launch has not yet been disclosed but since Samsung VR occupying a humongous market in South Korea, US and Europe, it might become difficult for Huawei to compete with Samsung in those markets. The device has already incorporated 4,000 movies, 40 games, over 350 panoramic images and 150 interactive 3D tours along with many more exciting features.