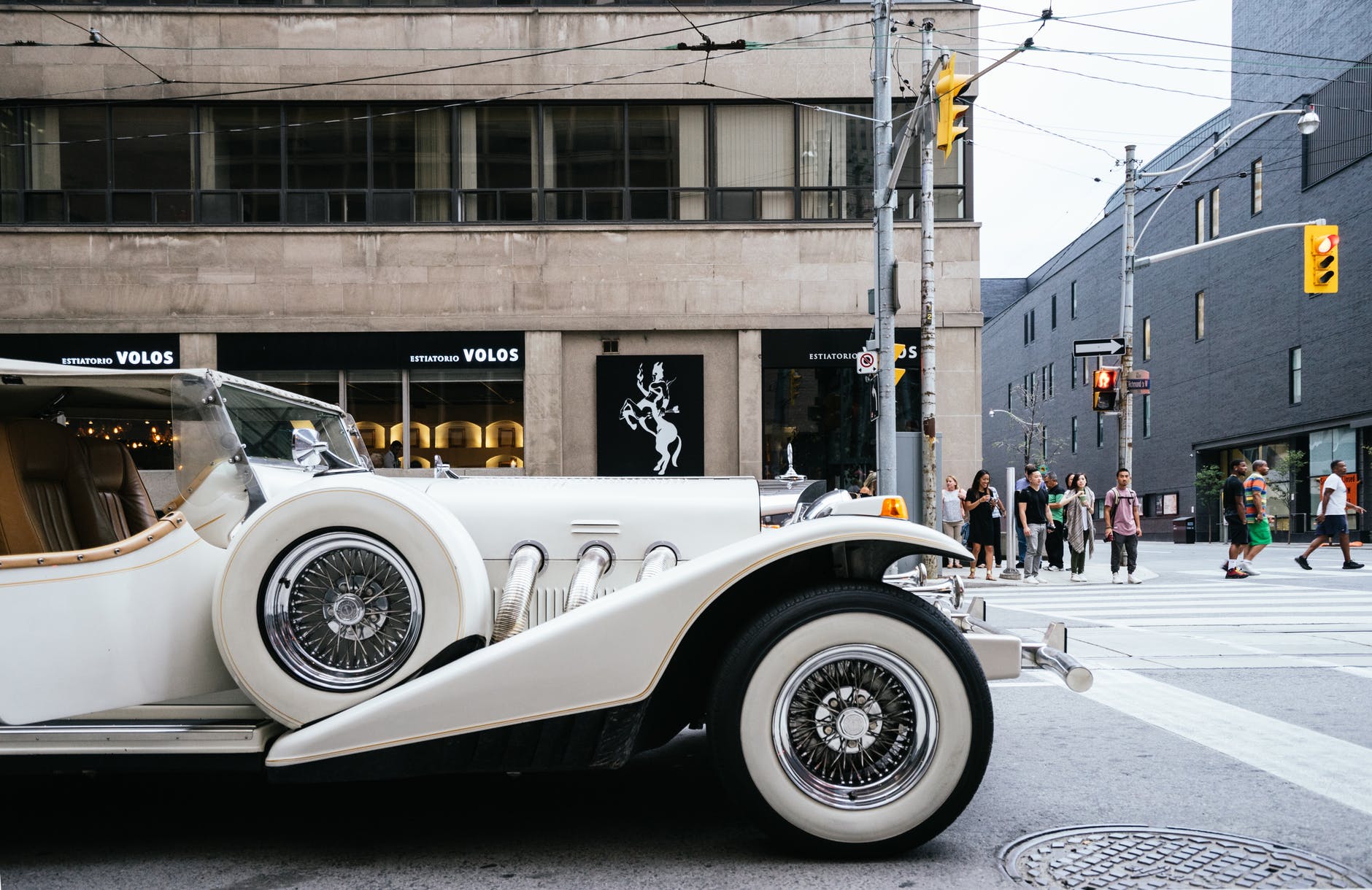 A team of scientists from Swinburne University in Melbourne noticed a sudden momentary flare in the space. The spark is indicative of a cosmic radio burst. Scientists have coined the term “blitzar” fir this phenomenon. This phenomenon was first discovered in the year 2007 and since then around 9 blitzars ocurred. But the speciality of this flare is that unlike other times when the flares were noticed by a week or few days, this blitzar was captured instantaneously. 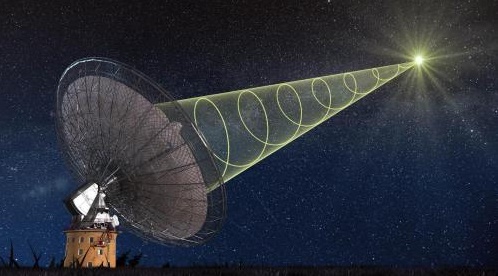 The image below shows the snapshot of the spikes the intensity. If you see the spike, this is the flare encountered. The recordings were done at the Parkes Telescope in New South Wales. While observation on the fast radio burst was being observed, other telescopes were focused at the location where the burst was first seen. No afterglow was found however. 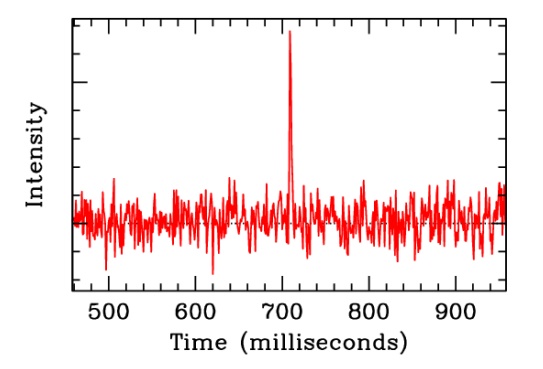 An excerpt from the original article has been quoted below:

Fast radio bursts (FRBs) are one of the most tantalizing mysteries of the radio sky; their progenitors and origins remain unknown and until now no rapid multiwavelength follow-up of an FRB has been possible. New instrumentation has decreased the time between observation and discovery from years to seconds, and enables polarimetry to be performed on FRBs for the first time. We have discovered an FRB (FRB 140514) in real-time on 14 May, 2014 at 17:14:11.06 UTC at the Parkes radio telescope and triggered follow-up at other wavelengths within hours of the event. FRB 140514 was found with a dispersion measure (DM) of 562.7(6) cm−3 pc, giving an upper limit on source redshift of z≲0.5. FRB 140514 was found to be 21±7% (3-σ) circularly polarized on the leading edge with a 1-σ upper limit on linear polarization <10. We conclude that this polarization is intrinsic to the FRB. If there was any intrinsic linear polarization, as might be expected from coherent emission, then it may have been depolarized by Faraday rotation caused by passing through strong magnetic fields and/or high density environments. FRB 140514 was discovered during a campaign to re-observe known FRB fields, and lies close to a previous discovery, FRB 110220; based on the difference in DMs of these bursts and time-on-sky arguments, we attribute the proximity to sampling bias and conclude that they are distinct objects. Follow-up conducted by 12 telescopes observing from X-ray to radio wavelengths was unable to identify a variable multiwavelength counterpart, allowing us to rule out models in which FRBs originate from nearby (z<0.3) supernovae and long duration gamma-ray bursts.