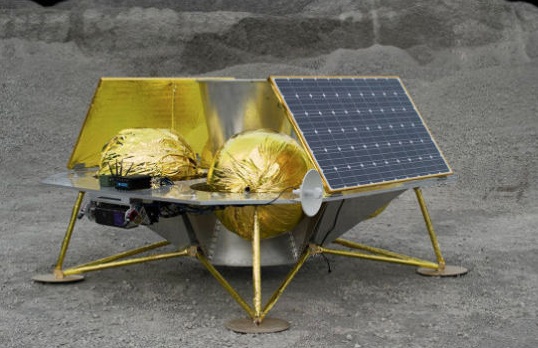 Google hosting Nascar on the Moon

We use many technical terms in our everyday life. But we really do not know the history behind those terms. Here we present some tech terms with its origin.

Emoticon is the short form of Emotion icon. It could be created by using letters, numbers and punctuation marks of keyboard. Arranging those in a certain way creates an iconic smiley face.

On 19th September 1982 professor Dr. Scott Fuhrman invented emoticons. He asked his computer science students to use 🙂 this symbol to express fun and for serious expression :-(.

In 1999 Shigetaka Kurita, a man from japan invented emoji. He worked for a Japanese mobile communication company DOCOMO. He invented the first emoji which looked like the symbol 🙂 which creates a smiley face . First 250 emoji in your mobile was created by him. Later Apple came up with a plethora of modern Emojis.

Blog is short for weblog.  Blog is an online journal where people writes on a topic. It can be personal or professional or corporate. Now a days on weblog a person or a group of people can share their point of view on any subject of interest.

In 1994 a US freelance journalist Justin Hall from Swarthmore University first created a personal home page on Links.net with some content. On 17th December 1997, the term weblog was coined by Horn Berger. The short form blog coined by Peter Merholz. He jokingly shortened the word and it has become popular.

Wi-Fi refers to wireless network that connects mobile, computer, smart tv, tablets to the internet. It was released in 1997 when the committee IEEE 802.11 was created. The short form of Wireless fidelity is Wi-Fi. It is high fidelity sound signal.  But a member of founding committee claimed that meaning of Wi-Fi is nothing. It’s just a abbreviation.

Firewall is a program that provides network security. It’s a barrier between internal trusted network and external untrusted network. It keeps an eye on fishing activities on internet and protects mobile devices, laptops, computers, etc., from hacking.

First firewall software was launched in 1992. The physical firewall is made of concrete to prevent fire to explode and protect things of the other side of the wall. In case of internet this software works as a wall between internet and the device and protects the device from incoming harmful programs through internet.

Posting offensive, hurtful content on internet is called flaming. Flame war is the series of flame content in the online discussion space to hurt others. Flame War started when many people join this activity.

It was developed in early 1990s . It is similar to the modern comment war on social media but with strangers.

Noob is considered as a slang on internet. Alternate spelling is newb or newbie. It is used for inexperienced person in internet use or new to a game.

Noob originates from the concept of uncertain. It is often used in online gaming as noob, to imply any player who has just started playing the game and lacks the required skill and experience.

Fomo is short form of fear of missing out. It is the form of anxiety that arises when you think someone is spending quality time or lifestyle without you. In case of internet, Fomo is used when you are obsessed over social media. It arises when friends are posting their fun photos and you are alone.

The term Fomo is coined by J McGinnis. The Hurbus , a magazine of Harvard business school published 2004 op-ed to explain social media addiction.

Deepfake is an artificial intelligence program used to make a duplicate copy of original images or video with someone else. Deepfake is combination of deep learning and fake to create a convenient video or image of original one. It is created by two algorithms – Generator and Discriminator. This technology can be used for good or bad intension both. For example, if any celebrity of film leaves the project off in midway, duplicate star can be created with this technology.

Troll is a slang quite commonly used in the internet language. When someone posts on social media, online discussion platform any kind of irritant comments or off topic to provoke other person, it is known as troll.

Internet got this name from fishing technique and used widely since mid of 19th century from Old Norse, a North Germanic language and Swedish troll, Danish trold.

Meme is the unit of information and combination of images with fun captions and texts, lifted from social media hot topics or news. They got popularity across the internet as they entertain people by the content full of jokes.

Meme is the short form of Mimeme which is a Greek word and coined by British biologist Richard Dwakings in his 1976 book The Selfish Gene.

Foobar is a slang term used in the IT industry that refers to the program or file that can be deleted from the whole programming without any interruption.

Fubar means terminate beyond all repair or reason.

In 1994 at the time of World War II, the army magazine Yank first used the word Fubar. It is still not clear what is the original form of Fubar or Foobar. Probably the word Fubar had been influenced by German word furchtbar, which means terrible.