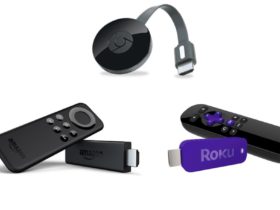 Amazon Fire TV Stick, Google Chromecast or Roku: Which One To Choose?

What is GG or Good Game?

GG simply means Good Game. In multiplayer competitive games, GG is accreditation for sportsmanship. It is a kind of acknowledgment that you had an enjoyable game with your opponent. A lot of players have the practice of writing GG into the chat at the end of every match. It is like greeting each other with a handshake or a hug.

This practice has been around for a long time, which times the back the to late 90s. As the online games took a surge in the market, typing GG at the end of each game became an etiquette frequently practiced. Well, there is also the right way to use it. Because, if you use it incorrectly, it might be considered as sarcasm or bad manners.

GGWP and Other Variations

Typically, there are a few variations to GG that be frequently used. One such commonly used variation is GGWP which is an acronym for “good game, well played.” It is mostly used to convey to the opponent that they managed to play a game pretty well, even if the chances were not high.

In contrast, GLHF is used a lot. This means “good luck, have fun,” which is said at the beginning of the match like a challenge or just for fun.

Another acronym GGEZ is also used. This means “good game, easy” that is mostly used on the winning party in a derogatory manner after a leading performance. However, it is considered bad manners. It is commonly used as irony by both teams. The winning team signifies the end of a long and crazy match that could have taken anyway. On the losing side, it is used as a blowout to complement the winners.

Also Read: What Is RNG In Gaming? A Quick Look

GG has come to real-life use as well and being used out of video games now. You can use it when you are betting on a game or you are playing a poker game. GG is being used in professional games widely as well.

It is also being used outside the context of the match as well. You can use it to express exasperation or giving up on something. You can also use it to express something that me quite difficult to execute. Also out of everything if you get a surprise party, you can obviously use “Good Game”.

Concluding it together, you can use GG in an online game. This is a way of a polite and easy way to close a game. You finish off things on a good note. Besides, you can also use it in real life by complimenting a match, or if someone picked a great gift for you (GGWP in this case), or if you forget to execute things, or GGEZ if you luckily finds someone’s house with Google Maps only.