The MWC is on the verge of arrival and all leading Mobile companies are decked up with full preparation for the grand festival. Although ASUS has been out of the limelight compared to flagships like Google, Microsoft, Nokia but yes it announces one promising convertible tablet that could switch between Android and Windows. The device works in cross platform and you can enjoy both the operating systems with just a switch of keys. 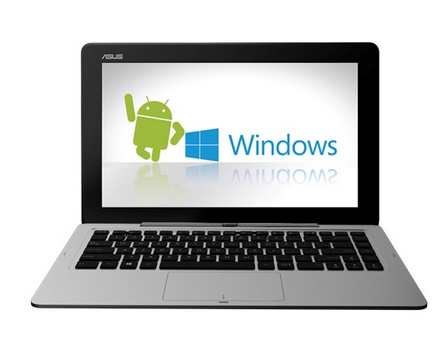 Unfortunately the device may never come up with its glory as Google is rumored to be very much apprehensive with sharing space with Windows and hence ASUS is under a great pressure. According to China’s Economic Daily news, Asus had a vision to marketize and promote this device named Transformer Book Duet in Asia and Europe in late March of this year but the plan may never turn out to be fruitful becuase of the resistance from Google.

Samsung ATIV Q is another ill fated tablet that never saw the light. ATIV Q was also a versatile dual mode tablet that was about to be introduced in June 2013 but never made up. Although Google wasn’t in the list of reasons why ATIV Q remained behind curtains but the compatibility to differ platforms may be the plausible reason of resentment to the mother companies.