How to use WhatsApp Web for Android?

Live Caption is an especially useful and innovative feature recently introduced on OnePlus handsets starting from OnePlus 7T and 7T Pro. Live Caption aids subtitles to be displayed for any audio. The Live Caption feature cannot transcribe lyrics from a song, but it has several interesting features.

Steps To Turn On Live Caption For Your OnePlus 8

Whenever you don not have pair of headphones and you cannot turn on the speaker Live Caption is the best solution in that situation. 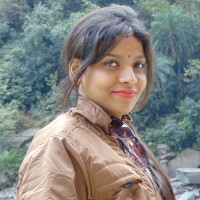