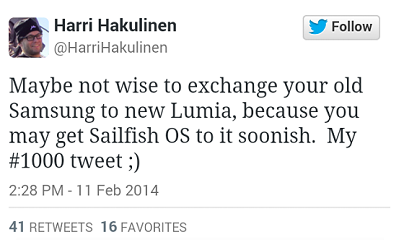 Jolla’s Sailfish would be available in older Samsung devices soon

@evleaks leaked an image in Twitter allegedly known as Galaxy F and reports claim that the mobile is the premium variant of Samsung Galaxy S5. The images leaked in Twitter gives an indication of its back cover being textured differently from that of S5. The device will sport a brushed metal texture. Even though the leaks by @evleaks are known for their authenticity but we could not fetch an information whether the premium uses metal or if it is just a faux-metal finish. 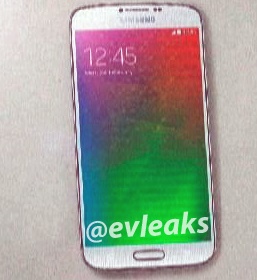 The snaps produced online bear resemblance to the premium models amd according to sources the phone will include a Snapdragon 805 CPU, 3GB RAM, 5.2-inch display with Quad HD (1440×2560) resolution, featuring a Qualcomm MDM9635 multimode modem,​ that is capable of 255Mbps download speeds over 4G LTE and will run the latest Android KitKat (4.4.3) operating system.

Samsung has not mentioned anything about the phone. So we need to wait for the announcement or surprise whatever Samsung likes to give.