When you consider Chinese Smartphones, you can get almost anything in a smartphone with almost any specifications and it doesn’t matter what the rest of the world is following. When Android phone makers are following a particular trend of launching a small and compact version of a flagship phone, Chinese manufacturer Oppo walked a step ahead by making an almost similar-to-the-flagship phones with similar specifications. When all leading manufacturers usually prefer 4.5″ screen for those compact versions, Oppo chose a grand 5″ for the compact mini phone. 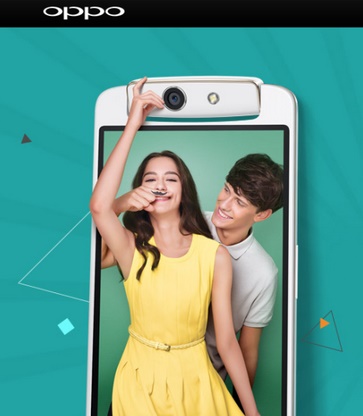 Oppo officially introduced N1 mini in China and the mini counterpart of the original N1 would not feel small anyhow. The swiveling camera that made a mark with N1 is present with much delight in N1 Mini. Besides this, you will get plenty of features in N1 Mini like 13MP Sony Exmor sensor coupled with a six-part lens with f/2.0 aperture. However there is no secondary or front camera to take selfies. But be relaxed, the rotating camera module will help you take shots of your favorite “Selfies”. So, it’s way more creative then what we were expecting. The display is 720p ffeaturing a Media Tek MT6592 or Exynos 5422 SoC. Battery will be 2140 mAh and KitKat based Color Opersating sytem v 1.4. This is what we got till now. Oppo is yet to unveil the full set of specs. On June 10, 2014, Oppo will launch the product.

The phone is expected to arrive in vibrant colors. There are quite a many differences in features and specs than its elder sibling, yet Oppo N1 Mini is not much behind. The phone will weigh 151 grams whereas N1 weighs 213 gms. So we wait for Oppo to reveal all the specifications.